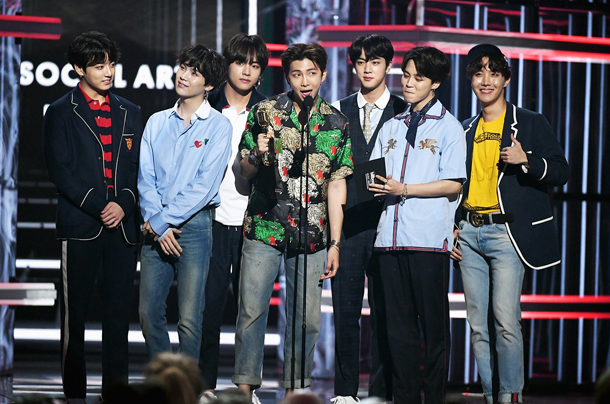 BTS won the Billboard Music Award for Top Social Artist on Monday, dominating the fan-voted category for the second year in a row.

The group beat out four singers including Justin Bieber and Ariana Grande to grab the award at the 2018 Billboard Music Awards (BBMAs) at the MGM Grand Garden Arena in Las Vegas on Sunday.

“Thank you so much for this precious award for two years in a row,” team leader RM said on stage.

“This time, we had a chance to think about what social really means for us. And some of our fans told us that our music really changed their lives,” he said.

“This award really is for you (Army),” member Jimin said, referring to their fans. “I truly thank you and love you.”