In ‘The Heiresses,’ learning to break free from the prison of privilege : Paraguayan director was careful to highlight the perspectives of women

In ‘The Heiresses,’ learning to break free from the prison of privilege : Paraguayan director was careful to highlight the perspectives of women 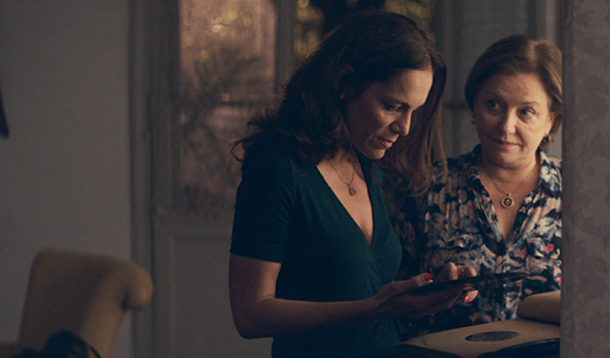 “The Heiresses” is a drama that sheds light on the prison that people commonly create for themselves. It received the Grand Prize at the 19th Jeonju International Film Festival, which wrapped on May 12. [JEONJU INTERNATIONAL FILM FESTIVAL]

Paraguayan director Marcelo Martinessi’s “The Heiresses” is a delicate drama that depicts the feeling of being trapped felt by many, especially women, in his home country. Through the movie, the filmmaker shows the limits we create for ourselves, and suggests anything that confines a person - from a house to an intimate relationship - could be a prison.

The movie centers around a middle-aged woman named Chela (Ana Brun), a painter, who is forced to take control of her life when her partner Chiquita (Margarita Irun) is imprisoned for fraud. Coming from the upper class, Chela has never had to work a day in her life. But after the couple’s loss of financial security and the loss of Chiquita, who always managed their lives, Chela is forced to give in to selling her family’s antique furniture and silverware, and to break out of her darkroom to join the work force.

“‘The Heiresses’ is about confinement always surrounding ourselves,” said the director following the film’s screening at the 19th Jeonju International Film Festival, where it received the Grand Prize following its Best Actress award for Brun at Berlinale. “I travel a lot, and every time I go back to Paraguay, I see people living in the prison of their homes, relationships and social classes. I tried to convey [different forms of prison] through Chela before she breaks out of her comfort zone.”

Telling the story of women in Paraguay, it was important for the director to have an all-female cast because his goal was to tell the universal story through women’s perspectives. 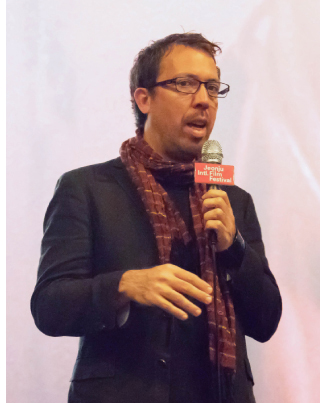 “I chose a lesbian couple because I wanted to escape the traditional family role,” said the director. “Also, it was important for me to work in the margins of the society [and show] what the society doesn’t really want to see.”

While exploring the world she has been turning back against, Chela starts driving for older, posh women in her old Mercedes - one of many items Chiquita put up for sale. In the process, Chela starts to harbor feelings for the daughter of one of her clients, Angy (Ana Ivanova). The 40-something with sensual physicality and a free-spirited romantic life brings excitement to Chela, and leads timid Chela to do things she used to avoid like smoking, drinking alcohol and wearing jeans.

“I thought Chela will start driving the car at the same time she drives her own life,” the director said.

Driving the Mercedes suggests Chela’s emancipation, which is highlighted in the film’s final scene. Before, Chiquita almost always took the wheel while Chela rode along.

One notable character that deserves attention in the film is Chelsea’s new housemaid, Pati (Nilda Gonzalez). She represents Chelsea’s lasting desire to remain in the upper class.

Though Pati barely speaks a sentence throughout the 98-minute movie, she has a strong emotional connection to Chela. This proximity between different classes is an important theme throughout the film.

“Chela starts by saying that Pati smells bad, but at the end of the film, she hugs Pati…Pati is the key character who supports Chela in her journey [of emancipation].”

Since Paraguay emerged from a 35-year dictatorship of the late General Alfredo Stroessner in 1989, the nation has been plagued with political unrest, corruption and chronic economic problems.

While bluntly revealing his pessimistic view toward the future of his own country, the director said that he at least wanted to make a difference about the future of Paraguay in the film.