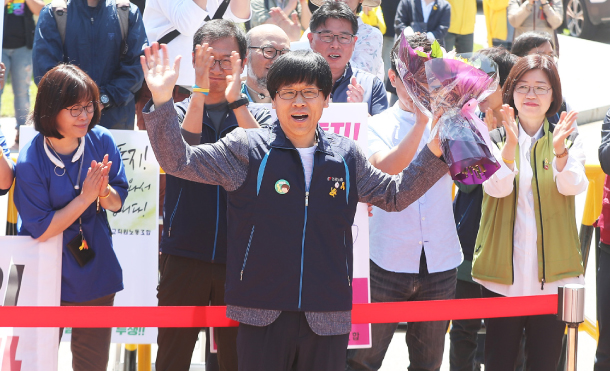 Han Sang-gyun, former president of the Korean Confederation of Trade Unions, exits a correctional facility in Hwaseong, Gyeonggi, on Monday. Han was released on parole after serving two years and six months of a three-year sentence for organizing illegal rallies that occasionally turned violent during the Park Geun-hye administration in 2015. [YONHAP]