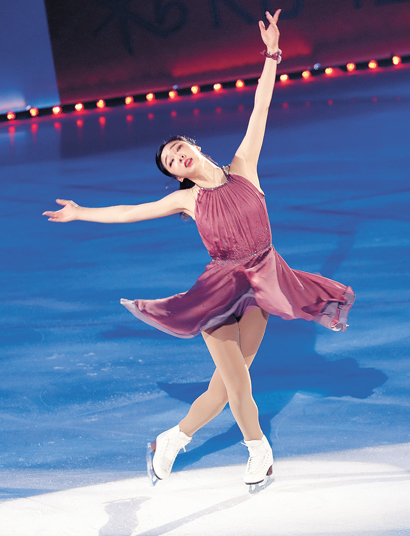 Olympic medalist Kim Yuna performs during SK Telecom’s All That Skate show at Mokdong Ice Rink in western Seoul on Tuesday. Kim, who won gold at the 2010 Vancouver Winter Games, performed a new program, her first in four years, to “House of Woodcock” from the soundtrack of the Paul Thomas Anderson film “Phantom Thread.” [NEWS1]