Recession on the horizon

Recession on the horizon 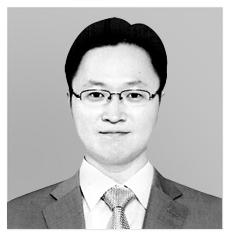 Kim Sang-bong
*The author is an economics professor at Hansung University.

The South Korean economy went through 10 business cycles since data started being collected in its current form in 1972. This time around, the economy is believed to have bottomed out in March 2013. The economy has since been muddled in a slow recovery for 61 months, the longest such transition period.

The 10 previous cycles suggest the economy at the initial stage of a retreat. Except for the indicator of retail sales — a barometer for consumption — nine other business cycle indicators pointed to stagnation or a downward trend. Three suggest an onset of stagnation and six hint at deterioration.

The coincident indicator, which reflects the present condition of our economy, and the OECD’s leading indicator of business cycles in Korea show similar trends. The coincident index slipped to 99.8 in March after hitting 100.7 last May. The OECD’s leading indicator has dropped for nine consecutive months to 99.8 in February since hitting 100.9 in April 2017.

Among OECD members, the United Kingdom, South Korea and Indonesia were the only economies with their leading indicators falling for more than six months in a row. In other words, South Korea’s coincident and leading indicators, which reflect both the present and future economic activities, all point to the Korean economy receding.

The manufacturing sector is in most serious shape. The inventory-to-shipment ratio in March hit 114.2, the highest since 122.9 in September 1998 following the Asian financial crisis. That ratio suggests companies are saddled with inventories due to slow sales. Output also has been slumping since October. The factory operation ratio averaged 71 percent in March, even lower than 74 percent in 2009 following the Wall Street-triggered global financial meltdown.

Semiconductor producers are stocking inventories to adjust supplies against future demand. But inventories are piling up in the metal and chemical categories. Output of chips also could slow if the yen’s weakening continues and Chinese makers bump up production.

Moreover, increases in interest rates are on the horizon. The Bank of Korea would have to follow suit sooner or later to prevent capital flight as the U.S. Federal Reserve is geared up for additional hikes. Employers inevitably will have to pare investment if borrowing rates go too high.

Exports in the first four months have slowed from a year-ago period with shipment in April shedding 1.5 percent on-year. Exports to Korea’s biggest markets — China and the United States — have not increased noticeably since May 2017.

International oil prices and exchange rates will likely weigh on our external trade on top of our weakening industrial competitiveness. International petroleum prices which were at $60 per barrel in early December exceeded $80 recently. Supply concerns due to reduced output from OPEC and Russia and disruptions at the North Sea and Libyan pipelines on top of escalating geopolitical risks in Iran and increasing demand from recovery of the global economy all point to northbound prices. If crude oil prices go above the $100 level, Korea’s price competitiveness will be shaken due to rise in production cost.

The global economy is estimated by the OECD and the International Monetary Fund to expand by 3.9 percent and the World Bank predicts 3.1 percent. South Korea lags behind the global recovery pace. The economy is growing at a slower pace, consumption remains stubbornly sluggish, and apart from semiconductors, few other industries show robust activity to drive growth. Even leaving out our poor employment numbers, the Korean economy is headed downhill. The government must refine its policy and steer it in a new direction with accurate understanding of the economic principles and current conditions.