Bethany Kingsley-Garner performs as a Dewdrop fairy in the Scottish Ballet’s rendition of “Hansel and Gretel,” which will be staged at the LG Arts Center in southern Seoul this month. See THEATER, below.[ANDY ROSS]

May 23: The popular Japanese pianist Yuhki Kuramoto is returning to Korea for a concert titled “Beautiful Memories.” He’ll be performing some of his favorite scores such as “Romance,” “Lake Louise” and “Meditation.” The Ditto Chamber Orchestra will be accompanying the pianist.

May 26-27: This concert will showcase Forte di Quattro, a quartet that won the first season of “Phantom Singer,” a music competition on the cable channel JTBC, and Forestella, the quartet that won the second season of the show. With their unique singing talents, the two groups are sure to display striking syncopation.

May 31: Acclaimed soprano Jo Su-mi and tenor Roberto Alagna will be performing together to celebrate the Sejong Center’s 40th anniversary. Alagna, who is known as one of the world’s top three tenors, will be returning to Korea for the first time in 10 years. The concert will showcase the beautiful harmonies of opera. 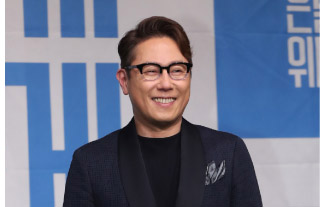 June 2: Yoon Jong-shin is known for his smooth, melodic voice that touches on moments when people reminisce about their past. This concert features the soothing music that comforted Yoon when he felt exhausted and tired.

June 3: The renowned violinist Chung Kyung-wha will be performing pieces from her new album “Beau Soir,” which was released on March 26. Accompanied by American pianist Kevin Kenner, this album contains 12 tracks by three French composers: Fauré, Franck and Debussy. This album is her 33rd in her 64-year career as a violinist. For her Korean fans, she will also be playing a special bonus piece, Elgar’s “Salut d’amour,” which is beloved by many Koreans.

June 8: The Russian violinist Victoria Mullova is known as the “Ice Maiden” because of her upright posture and sharp technique. She will be performing Mendelssohn’s “Violin Concerto in E Minor, Op. 64,” along with other pieces at her upcoming Seoul Arts Center show. She will be accompanied by Geneva Camerata, who will be making his first appearance in Korea, and conductor David Greilsammer, whose two albums have been selected as Record of the Year by The New York Times.

July 1: Music inspired by the work of two prominent Japanese artists — novelist Haruki Murakami and animator Hayao Miyazaki — will be performed by the Arts Symphony Orchestra with conductor Ahn Du-hyeon at the helm.

In the second part of the program, eight pieces from composer Joe Hisaishi that have been used in Miyazaki’s films — including “Merry-Go-Round of Life” from “Howl’s Moving Castle” and the ending theme from “My Neighbor Totoro” — will be performed.

July 7-8: This concert features Jaurim, a rock band that debuted in 1997. Consisting of vocalist Kim Yuna, guitarist Lee Sun-kyu and bassist Kim Jin-man, the trio will be performing a diverse range of songs, including their previous hits, tracks from their new album and a cover song performed by Kim and Lee on JTBC’s cover performance show “Begin Again 2.”

May 23-27: The Scottish Ballet, one of the four leading ballet companies in the United Kingdom, is coming to Korea with their adaptation of the highly acclaimed Grimm tale “Hansel and Gretel.” This is the first time that the Scottish Ballet is performing in Korea since the royal visit of Prince Charles and Princess Diana in 1992.

The Bolshoi Ballet is currently led by Makhar Vaziev, who was awarded the title of Merited Artist of the Russian Federation in 2002.

The Bolshoi Theater Orchestra is the oldest orchestra in Russia and has been led by conductor Pavel Klinichev since 2001. 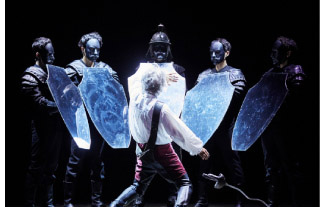 To June 3: Directed by David Swan and produced by Shin Chun-soo, this musical is inspired by the Cervantes novel “Don Quixote.”

Alonso Quixana has read many books on chivalry and lost his wits, leading him to roam the country as a knight named Don Quixote de La Mancha.

To June 17: This unique revolves around three main characters — the trickster Loki, the usurper Lucifer and Vindici, the master of revenge in Chicago — and offers loads of tension and suspense. It is only open to people over the age of 19.

To July 11: Based on Welsh playwright Gary Owen’s play of the same name, this show is a stunning tale of virtual torture and horror. Killology is a popular online game in which players score extra points for torturing their victims in a creative manner. In the story, the game suddenly turns into reality, triggering fear among the people.

Owen won best playwright at the 2018 Wales Theatre Awards for “Killology” and regional theatre of the year at the 2018 Stage Awards. This is the first time the play is being performed in Korea.

Initially, the show was set to wrap up on July 1, but due to its popularity, its run has been extended for two more weeks.

June 6-9: Twelve traditional Korean dances are combined into one grand performance by the National Dance Company of Korea.

With traditional styles such as Buddhist dance and janggu (double-headed drum) dance, this performance is choreographed by traditional Korean dancer Cho Heung-don. Acclaimed fashion designer Jung Ku-ho was involved in the costumery. To make the performance more lively and modern, the dancers wear solid colors rather than multicolored hanbok (traditional Korean dress).