Two Nexen Heroes players, Cho Sang-woo and Park Dong-won, are being investigated by police on allegations that they raped a woman in Incheon in the early hours of Wednesday morning. 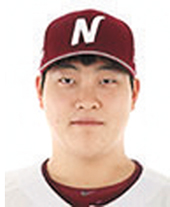 Incheon Namdong Police Precinct announced that they questioned the two players on Wednesday after receiving a call at 5:21 a.m. from a hotel saying that the players had allegedly raped a woman who had passed out after drinking with them. The woman’s friend contacted the police.

“My friend was raped after she fell unconscious from drinking,” the friend told the police. 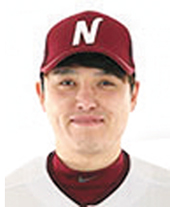 The Seoul-based team is visiting Incheon for a three-game road series against the SK Wyverns that began on Tuesday. Police suspect that Cho and Park went out for a drink to celebrate the Heroes’ 10-4 win against the opposing team on Tuesday, at some point taking the intoxicated woman and her friend to a hotel in Namdong District, Incheon.

The four were hanging out in one hotel room when the woman reportedly left to sleep in another room. The players allegedly followed the woman and took turns raping her after she fell unconscious. Her friend was also staying at the hotel that night.

The woman has since gone to a state-backed crisis intervention center in Seoul, which is helping her to file a complaint with police. Police say they will decide whether to summon the two players for further questioning based on the woman’s testimony.

“We won’t know the exact details of the case until we get the woman’s testimony,” police told reporters Wednesday afternoon.

According to a source close to the club, one of the accused players acknowledges that they were drinking with the woman at the hotel, but denied the allegations saying that he left while the other player allegedly had consensual sex with the woman.

Police said the two players testified that they “did not use any violence or force,” during questioning on Wednesday.

Though the identities of the players were initially withheld by police, the club decided to reveal their names after it said the players “were involved in the incident,” and will “fully cooperate with further police investigations,” during a press conference Wednesday morning. The club has removed Cho and Park from its starting roster.

Cho, 23, is one of the Heroes’ closers while Park, 28, is a catcher. Park has been married for almost two years. His wife reportedly studied criminal law in college.

Under KBO rules, the KBO commissioner can suspend players who have allegedly engaged in illegal activities or are facing police investigation for an alleged crime.

The league said KBO Commissioner Chung Un-chan will decide whether to reinstate the two or extend their suspension depending on the results of the police investigation.

Cho and Park may face a minimum three-year sentence for raping a person “in a state of unconsciousness” if found guilty under Korea’s Criminal Act.

The Heroes’ manager Jang Jeong-seok apologized to Heroes fans before the game with Wyverns on Wednesday.

“I sincerely apologize to our fans for my negligence in managing some aspects of the club,” Jang said. “This should never have happened and I apologize again.”

Jang added that an official police investigation has not been opened and also gave his deepest regrets to the KBO for the players’ alleged behavior.

Cho is currently on the shortlist of baseball players to represent Korea at the Jakarta-Palemberg 2018 Asian Summer Games in August. His participation is now looking unlikely.