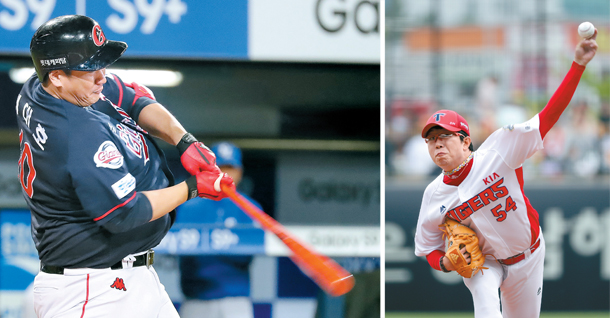 Baseball players are often on the move. They might be looking to make more money, find new opportunities or develop their skills, but most players switch sides at least once in their career. But for some of the KBO’s biggest stars, there’s no place like home. 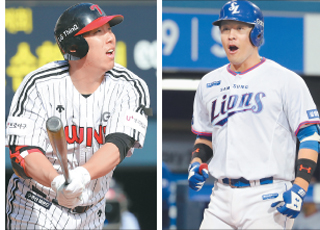 Yang Hyeon-jong, a starting pitcher for the Kia Tigers, finished the 2017 season with the world at his feet. After leading the Tigers to victories in both the regular season and the Korean Series, Yang became the first player in Korean baseball history to win every single major award in one season. Despite teams at home and abroad hoping to sign the newly minted free agent, Yang chose to stick with the Tigers for another year.

A Gwangju native, Yang’s heart has always belonged to the Tigers. Since debuting in 2007, the star pitcher hasn’t seriously considered offers from any other team. Even in 2016, when he was offered lucrative contracts at some top Japanese clubs, Yang refused to turn in his red and white Tigers jersey despite a relatively low offer from the Gwangju team.

Yang has made it clear that he has no intention of leaving, once saying, “My goal is to play for the Tigers until they retire my number.”

Yang’s loyalty is more important than ever this year. The Tigers may have gotten off to a bad start this season, struggling in fourth place as of 7 p.m. Thursday, but Yang is on the top of his game with seven wins and two losses and an ERA of 2.87.

The Lotte Giants’ Lee Dae-ho is another hometown player. Although Lee has taken his bat overseas - playing in both the major league and the Japanese league - his heart never left Busan. Lee played for the Giants for his first 11 years in the KBO, from 2001 to 2011, and returned to the team last year, becoming the most expensive free agent in the history of the KBO with a four-year contract worth 15 billion won ($13.9 million).

The return of Lee last year had a significant impact on the Giants, who advanced to the postseason for the first time in five years. He has once again proven his worth this year, with a batting average of 0.366, 10 home runs and 41 RBIs as of 7 p.m. Thursday.

But not everyone is ready for the level of commitment that Yang and Lee have shown to their teams. In fact, the 2018 season is noticeable for the number of well-known players who stepped out in new kits this year.

Catcher Kang Min-ho was the first to make a move, signing a four-year contract with the Samsung Lions at 8 billion won and becoming the highest paid free agent catcher in the KBO. Having played 14 seasons with the Giants, Lotte fans thought Kang was going to be a Giants man for the rest of his career. Reeling from the loss, the Giants have struggled to fill Kang’s shoes with Kim Sa-hoon and Na Jong-deok.

The Giants may have struggled to make do without their star catcher, but Kang didn’t fare much better. He started the season with a 0.292 batting average and continued to struggle into April with his batting average dropping to as low as 0.233. Heading into May, things started to pick up, and Kang’s batting average for the month is now 0.302 with six home runs and 16 RBIs.

When former All-Star batter Kim Hyun-soo announced his upcoming return to the KBO, Doosan Bears’ fans couldn’t wait to get one of their favorite players back. Defying expectations, Kim signed with the LG Twins, a slap in the face for fans as the Twins are the Bears’ home stadium rivals. Though Kim got off to a slow start at the beginning of the season, his game has since improved and he now has a batting average of 0.354 with eight home runs and 35 RBIs.

Min Byung-hun, who left the Bears to join the Giants, and Hwang Jae-gyun, who snubbed the Giants to join the KT Wiz, also shocked fans with unexpected moves this year.