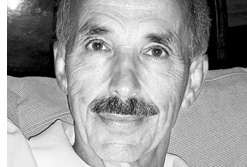 Kim Jong-un has decided to show Donald Trump that the White House hasn’t cornered the market on drama, much less the Nobel Prize for bringing the two Koreas peace in their time. As the leader of a regime known for its bombast and abrupt about-faces, Kim’s threat to cancel their meeting in Singapore next month is par for the course in dealing with Pyongyang. But Kim also is sending a message: their agenda needs to go beyond his nuclear weapons and missiles.

What Kim is after isn’t a secret. Pyongyang has long said its nuclear weapons aim at deterring a U.S. attack on North Korea. It would be wise to take Kim at his word. While Trump has said that eliminating the North Korean bomb and missile programs is the summit’s sine qua non, Pyongyang made plain this month that it has other goals, backhanding the idea of trading its nuclear arsenal for an end to economic sanctions or access to Western investment.

For now, the U.S.-North Korea summit is still on the schedule. “We’re moving along and we’ll see what happens,” Trump said Tuesday. “If it doesn’t happen [in June], maybe it will happen later.” Speaking at a media briefing ahead of his meeting with South Korean president Moon Jae-in at the White House, the U.S. president again stressed that denuclearization “must take place.” “I have very strong opinions on the subject,” he said.

However, Trump’s focus on nuclear weapons — and his seeming willingness to put U.S. forces on the negotiating table — is missing the North’s real leverage: hundreds of thousands of soldiers and firepower within easy striking distance of Seoul.

Kim wants a reduction in U.S. forces that menace his regime, not only in South Korea but also in Japan and elsewhere around the peninsula. He’s not alone in reaching for the chance to put the U.S. presence in Asia in play. His reconciliation with president Xi Jinping after five years of estrangement is ample evidence China sees the opportunity too. Beijing is extending its offshore military reach in order to raise the price of Washington’s strategic access to Asia. A U.S. drawback from Korea would serve the goal well.

Kim is focused on the long game. If talks go forward after June, their differences over denuclearizing Korea obviously won’t be resolved in a day. Trump is demanding that Kim shut down his weapons program, warning sanctions won’t budge until he complies. Pyongyang wants a mutual and phased approach, security guarantees, and a treaty ending the Korean war.

Kim has said he isn’t demanding a U.S. troop withdrawal as a condition for denuclearizing the peninsula. He doesn’t need to. For the last several years, Trump’s campaign-trail comments about U.S. forces abroad probably couldn’t have opened that door any wider if he’d used talking points drafted in Pyongyang.

Trump’s threats to pull back troops or close bases if U.S. allies don’t redo their trade deals or pick up more of the U.S. military tab, of course, still make his domestic supporters cheer. For Asian audiences, however, the applause lines are undermining U.S. credibility. For them, an effort to reach a nuclear deal with Kim won’t change the risks on the Korean peninsula.

How Pyongyang arrays its conventional forces and Korea’s geography show why.

North Korea has deployed two-thirds of its million-strong army within 60 miles of Seoul. Along with the manpower, 8,000 artillery systems and 4,000 tanks are dug into a reported 4,000 hardened sites north of the DMZ. Mechanized artillery and armor also are deployed just behind these front ranks. In addition to conventional munitions, the North’s forces possess hundreds of short- and medium-range missiles as well as fully developed chemical and biological weapons.

To be sure, North Korea’s artillery and armor aren’t invulnerable. Precision weapons and airpower would take their toll, as would the U.S. ability to transport soldiers and equipment to sustain the allies’ campaign. But even with dated hardware and an army strapped by the North’s sorry economic state, no U.S. commander would underestimate the costs of neutralizing its firepower, or the devastation likely from the fight.

A strictly military calculus also misses the strategic point: even without nuclear weapons, the North Korean army holds Seoul hostage. Seoul’s metropolitan area is well within range of their forward-deployed artillery. American and South Korean analysts also believe that North Korean commanders are provisioned to attack without notice, handicapping civil defense leaders as well as military commanders who would have only minutes of warning time to prepare.

With half of all South Koreans living in Seoul the challenge of protecting its 25 million residents is obvious. So, too, are the risks to the economy. Seoul generates 55 percent of the nation’s GDP; hosts its leading universities, research centers and high tech firms; and is home to seven of Korea’s top 10 exporters. The implications of its vulnerability aren’t confined to the peninsula. As an example, South Korea produces 40 percent of the world’s liquid crystal displays, 17 percent of the world’s semiconductors and 64 percent of its memory chips; the impact on global markets if Samsung, SK Holdings or other production plants are damaged isn’t hard to imagine.

If Kim wants to talk about the 28,500 U.S. troops in South Korea next month, the right place for Trump to begin is the conventional threat faced by the American soldiers and their South Korean counterparts. Nearly 20 years ago, the treaty on Conventional Forces in Europe laid out practical steps that reduced the risk of conflict created by similarly forward-deployed NATO and Warsaw Pact forces. A focus on Kim’s nuclear program shouldn’t be an impediment to applying its model. In Europe conventional arms talks unfolded in parallel with strategic arms negotiations.

Trump has an opportunity to put the North’s conventional threat on the agenda. If the June 12 meeting happens, it’s a good place to start.