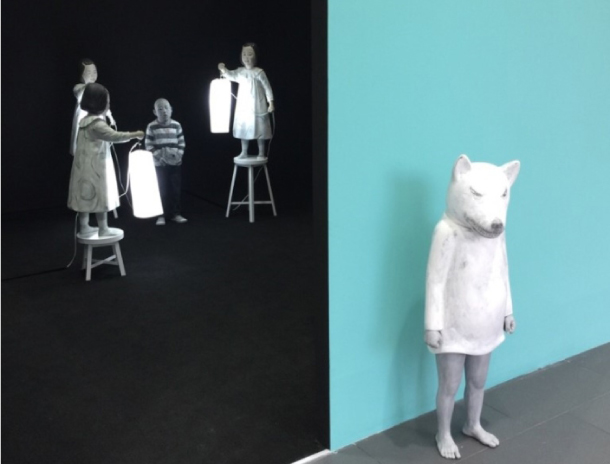 To Saturday: The SongEun Art and Cultural Foundation, which was set up by Samtan, will open a new museum in 2020 at the energy company’s new headquarters to be designed by Swiss architect team Herzog & de Meuron and built in the very heart of the Gangnam District, southern Seoul. The site is a 10-minute walk from the foundation’s existing gallery SongEun Art Space.

In the meantime, the second and third floors of a building that stands on the site, which will eventually become the company’s new headquarters, are hosting a free exhibition. The show features works by the finalists and winners of the SongEun Art Award including Suki Seokyeong Kang, Donghyun Son and Choi Sun.

To Sunday: The exhibition features works by 10 artist teams from different countries who have given paper a new expressive power as a medium. The diverse pool of artists include furniture designers, lighting designers, sculptors and architects. Works on display include: “Untitled” by Richard Sweeney, who is known as the “Gaudi of paper,” “The New Beginning” by Tahiti Pehrson and a garden of mobile-like trees named “Honmonoshi Garden” by design trio atelier oi. 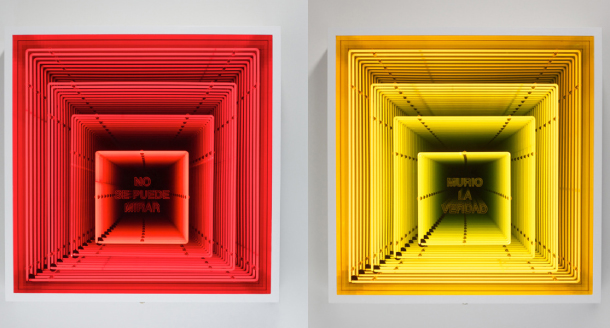 I VAN NAVARRO : THE MOON IN THE WATER

To June 3: This solo exhibition of Ivan Navarro features 14 sculptures and installations. The Chilean artist is best known for creating optical illusion of infinite space within his sculptures, using mirrors and light, juxtaposing the infinite space with political commentary and phrases. Among the works on display are three pieces from Navarro’s “Where is The Next War” series (2013). The square sculptures are inspired by modern artist Josef Albers’ “Homage to the Square” painting series. Like 3-D versions of Albers’ abstract paintings, the sculptures appear to have infinite depth. In the center of each sculpture is a gloomy space with ominous Spanish text. They are from the 18th-century Spanish master Francisco Goya‘s “Disasters of War” print series.

MODERN, HYBRID
A BLOOMING FLOWER OUT OF DESPAIR

To July 29: Two large-scale exhibitions shed light on Busan’s important role in Korean art history during the Japanese colonial period from 1910-45 and the 1950-53 Korean War.

“Modern, Hybrid: 1928-1938” explores the birth of modern art in Busan, which Japan developed as a modern city for strategic reasons. Many Japanese artists visited during the colonial period. The other exhibition, entitled “A Blooming Flower Out of Despair,” will explore the period when Busan became a wartime capital and many important artists fled to the city and continued making art. The latter exhibit features more than 100 paintings, many created by famous modern artists including Lee Jung-seob, Kim Whanki and Chang Ucchin.

Admission is free. The museum is closed on Monday. Go to Bexco Station, line No. 2, exit 5.