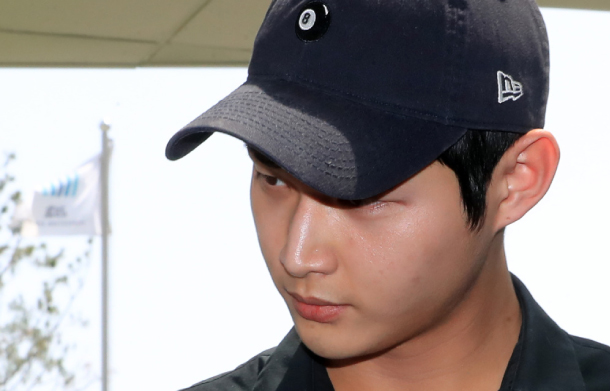 Lee was arrested on April 8 after he tried to kiss a fellow celebrity and make physical contact with her. When he was rejected, he continued to approach her. The woman then called her boyfriend for help. Lee reportedly got angry and threatened her with a weapon.

The actor was cut from all of his scheduled projects last week after his case was brought to light. Lee was set to be part of the upcoming tvN drama “About Time” and was a regular host on the KBS2 weekly music program “Music Bank.”

Lee remained silent when journalists peppered him with questions outside the Seoul Eastern District Prosecutors’ Office. Although his agency, Blossom Entertainment, has issued an official apology on the matter, Lee has not made one himself yet.