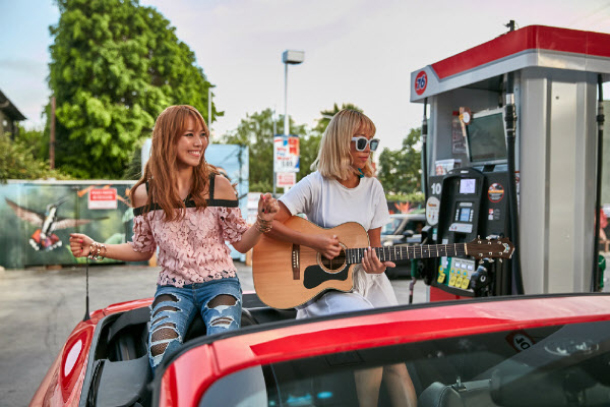 Singer Sohyang, left, is dropping a new single today that will feature her sister-in-law Lee Jin-joo, best known as the guitarist for Joe Jonas’ pop-dance band DNCE. The song’s Korean title translates to “Your Song.”

Sohyang debuted in 1998 and has been called the queen of Korean gospel. Last year, she appeared on the MBC program “King of Mask Singer” and set a record by taking the crown in the singing competition show six times in a row. She even performed at the opening ceremony of the PyeongChang Paralympic Games alongside acclaimed soprano Jo Su-mi.

Her sister-in-law, Lee, met Joe Jonas while touring with the Jonas Brothers in 2009. After the group disbanded, she joined DNCE in 2015. The band has been popular in Korea and performed at the Pentaport Rock Festival in Songdo, Incheon, last year.