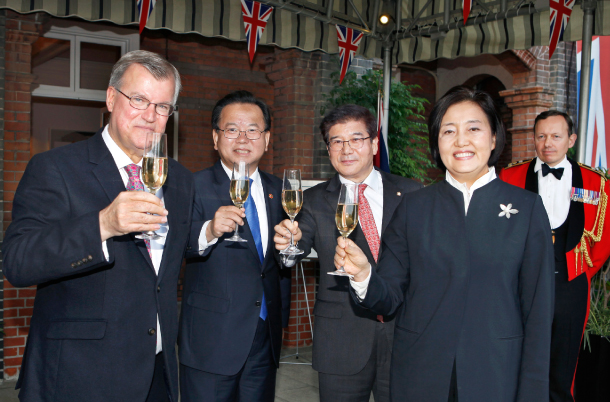 From left, British Ambassador to Korea Simon Smith, Korea’s Minister of the Interior and Safety Kim Boo-kyum, opposition Liberty Korea Party Rep. Kim Seang-tae and ruling Democratic Party Rep. Park Young-sun celebrate the birthday of Queen Elizabeth II at the ambassador’s residence in central Seoul on Thursday. Although the queen was born on April 21, 1926, her official birthday is celebrated on the second Saturday in June in the United Kingdom. Many commonwealth countries celebrate her birthday at other times of the year when they are likely to have good weather. [PARK SANG-MOON]