Pyongyang says it is still willing to hold talks with U.S. 'anytime'

Pyongyang says it is still willing to hold talks with U.S. 'anytime' 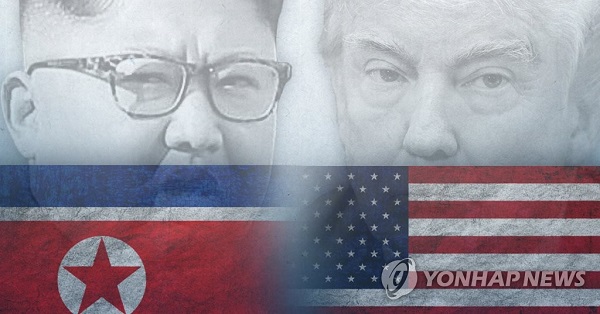 North Korea said Friday it was willing to talk with the United States “anytime through whatever method,” expressing “surprise and regret” that U.S. President Donald Trump called off a bilateral summit that was planned to be held on June 12 in Singapore.

In an unusually conciliatory tone toward Washington, North Korea’s state-run Korean Central News Agency (KCNA) cited Kim Kye-gwan, first vice foreign minister, as saying in a statement that Kim Jong-un was pulling “all his effort” into preparing for the summit with Trump and once said he thought the meeting would be the first step to a “good beginning” of bilateral relations.

Trump’s abrupt announcement that he was canceling the June 12 summit, which came only hours earlier, doesn’t correspond to humanity’s hope for peace and security on the Korean Peninsula and the world, said Kim Kye-gwan.

Kim Kye-gwan also reportedly said the previous statement from Vice Foreign Minister Choe Son-hui on Thursday was “nothing more than a provocation” to the United States for its pressure against Pyongyang to unilaterally give up its nuclear weapons, adding he “actually thought highly” of Trump’s effort to hold the first summit between the two countries, a “decision no other U.S. president has ever made.”

Trump sent a letter to Kim Jong-un on Thursday canceling their highly anticipated summit, writing that “based on the tremendous anger and open hostility displayed in your most recent statement, I feel it is inappropriate, at this time, to have this long-planned meeting.”

The letter, which was disclosed by the White House, continued: “Therefore, please let this letter serve to represent that the Singapore summit, for the good of both parties, but to the detriment of the world, will not take place.”

But Trump put the ball in Kim’s court by saying, “If you change your mind having to do with this most important summit, please do not hesitate to call me or write.”

Choe said that she couldn’t suppress “surprise at such ignorant and stupid remarks” made by Pence, who told Fox News on Monday that the North might end up like Libya if North Korean leader Kim Jong-un refused to make a deal on giving up his nuclear arsenal.

North Korea will neither beg the U.S. for dialogue nor take the trouble to persuade them to hold the June 12 summit, Choe said, adding that it’s up to Washington whether the summit will be held or the two countries kick off a “nuclear-to-nuclear showdown.”