YANG SUNG-HEE
*The author is an editorial writer of the JoongAng Ilbo. 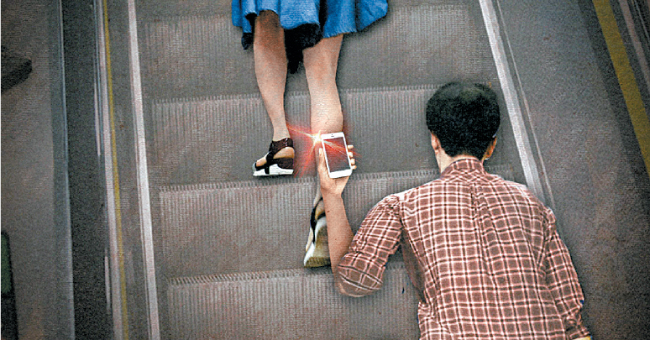 The crime of taking photos and videos without the subject’s consent is on the rise. The victims are predominantly women. They don’t know they have been photographed, and the images and videos of them spread.

Pornography made with ordinary people, without their consent, is spreading fast. Among elementary school students, “secret images of moms” or “secret images of teachers” are shared. Some young children copy online adult broadcasting hosts and post videos and images of their mothers and female teachers on YouTube. In one video, a young boy says, “I will take a photo of my mom’s butt. Please subscribe.” A video of a mother taking a bath has received more than 160,000 views.

Digital criminals have little sense of guilt, as they do not physically contact or harm victims, and their crimes are very easy and convenient. Even when men and women are both exposed in videos, women often suffer most of the damage.

His words explain why women are protesting on the streets. The Daehangno rally last weekend was the biggest women’s rally ever in Korea. There was no organizer for the event. Women who fought illegal images and videos every day protested, and said that they were not protected by the state.