Left: Ha Dong-hwan, second from right, meets with President Park Chung Hee, left, at the company’s Yeongdeungpo plant in Seoul between 1967 and 1968. Right: Ha Dong-hwan buses, bound for Vietnam, are loaded in Incheon in 1967. [HANWON GROUP]

A giant of the Korean automotive industry passed away on Sunday.

Ha Dong-hwan, the honorary chairman of Hanwon Group, died at the age of 88 after a battle with a chronic illness.

Ha, born in 1930 in Kaesong, present-day North Korea, is best known for starting a company that assembled buses out of old oil drums and used engines abandoned by the U.S. military back in the 1950s. When the country was still recovering from the 1950-53 Korean War, Ha found a way to make automobiles on his own. He had experience with cars from his time at an auto repair shop.

Ha started out collecting engines and transmissions from cars abandoned by the U.S. military. He attached steel sheet metal from oil drums to the engine and the gearbox to make it look like a real car. At age 24, Ha established Ha Dong-hwan Motor Workshop in 1954. His company focused on making special-purpose vehicles such as jeeps, trucks and buses, among others. 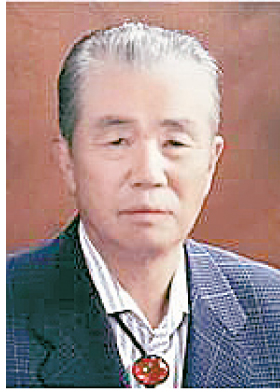 Not long after he founded his workshop, Ha registered it as an official limited company in 1962. His small warehouse in Mapo District, western Seoul, grew to a 6,600-square-meter [1.63-acre] automobile factory in Guro-dong, western Seoul.

His buses were even exported to Brunei, becoming the first Korean automobiles exported overseas, in 1966. The landmark model was a HDH R-66 bus, which was equipped with a diesel engine on top of a Nissan chassis. The other parts of the frame were designed and manufactured solely by Ha and his workers. Ha’s company was able to later export buses to Vietnam. The first export of the HDH R-66 came 10 years before Hyundai Motor’s Pony was sold overseas, which is often considered to be Korea’s first exported vehicle.

On the back of such success, Ha changed the company’s name to Dong-A Motor in 1977. Its range of vehicles expanded to include express buses and tractors.

In 1984, Dong-A Motor took over fellow manufacturer Geohwa and added the Korando SUV to its lineup. During these boom times, Ha exported vehicles to Japan, as well.

In 1986, however, SsangYong Group acquired all of Ha’s shares in Dong-A Motor - 19.8 percent of the company - to take over the carmaker. Dong-A Motor was in tough financial straits after acquiring Geohwa, and it had invested too much in developing passenger cars.

According to media reports from the past, Dong-A Motor generated 1.2 billion won ($1.1 million) in profit in 1985, but that turned into an operating loss of 30 billion won by the first half of 1986.

SsangYong Group, which at the time was focused on the cement industry, was very interested in entering the automotive business. SsangYong Group paid Ha 21.5 billion won for his Dong-A Motor shares. From this point on, Korea’s automobile industry was dominated by four players - Hyundai Motor, Kia Motors, Daewoo Motors and SsangYong.

After selling the shares, Ha served as chairman of construction material company Hanwon Group, where he worked on projects that burnished his legacy, including funding the Hanwon Museum of Art.

Ha graduated with a bachelor’s degree in economics from Chung-Ang University and also studied at Korea University Business School.

He is currently survived by four of his children and his wife. Ha will be buried on Tuesday in Heongseong, Gangwon.