BTS conquers No. 1 spot on the Billboard 200

BTS conquers No. 1 spot on the Billboard 200 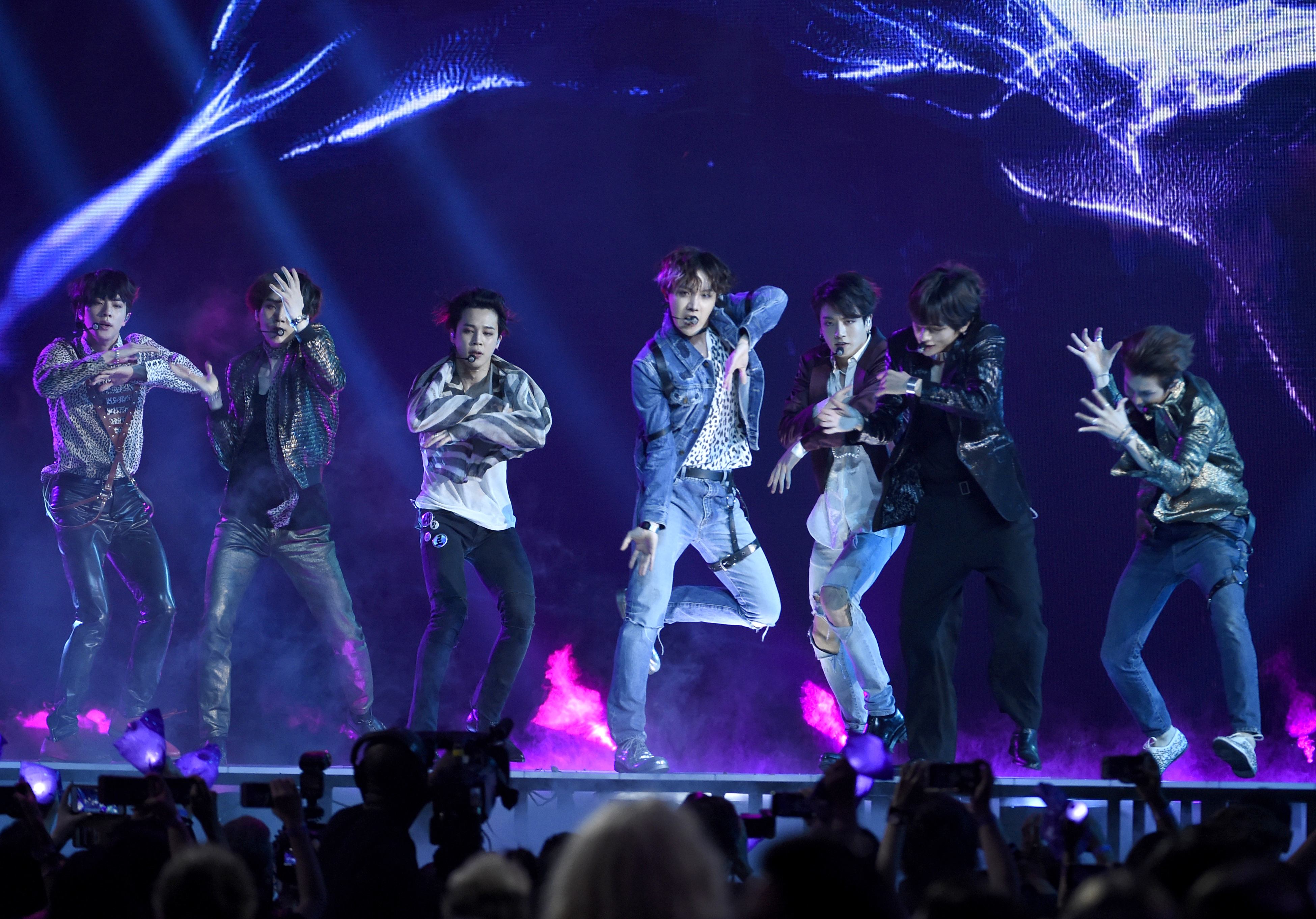 BTS performs its new single “Fake Love” at the Billboard Music Awards on May 20 at the MGM Grand Garden Arena in Las Vegas. On Sunday, the boy band became the first Korean pop group to top the Billboard 200 chart. [AP]

K-pop powerhouse BTS achieved another first: “Love Yourself: Tear,” its third album, debuted at the top of the Billboard 200 chart. A first time for a K-pop group, BTS knocked rapper Post Malone off the No. 1 slot, which he had claimed since May 12.

The all-genre chart measures the 200 most popular records in the United States every week based on multimetric consumption, which includes traditional album sales, track equivalent albums and streaming equivalent albums.

This comes only a week after the boy band became the first Korean band to perform live at the 2018 Billboard Music Awards, where the seven-member group took home the Top Social Artist award for the second year in a row. The award is based on votes from fans on both the Billboard’s website and Twitter.

BTS’s fans, known as “the Army,” have played an essential role in propelling the boy band’s international popularity, and they have a fervent engagement with social media.

The group’s third full length album, released through BigHit Entertainment on May 18, launched with 135,000 equivalent album units in the United States in the week ending May 24, according to Nielsen Music.

Of that total, 100,000 were traditional album sales while 26,000 were downloaded and more than 9,000 were consumed through streaming.

The record’s lead single, “Fake Love,” racked up the third-biggest 24-hour rating on YouTube since the streaming channel began keeping records. The video for the song gained 4.8 million views within its first hour on YouTube, and went on to clock an impressive 35.9 million views in a single day.

According to Billboard, “Love Yourself: Tear,” mostly performed in the Korean language, is the first primarily foreign-language No. 1 album in almost 12 years. The last was 2006 classical crossover group Il Divo’s “Ancora” in 2006, which had tracks sung in Spanish, Italian, French and English.

In November, BTS was the first K-pop act to perform at the American Music Awards, singing “DNA.” At the time, it was the highest-ranked track by a Korean group in the Billboard Hot 100, the main singles chart, beating a previous record by now-disbanded K-pop girl group Wonder Girls in 2009.