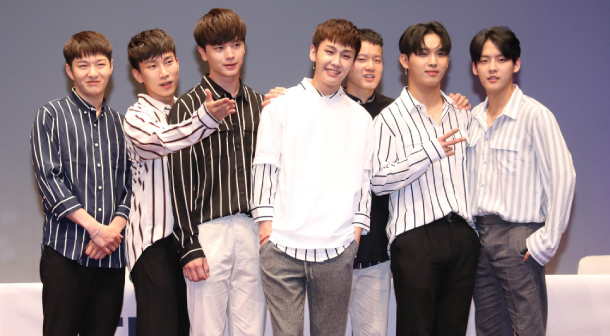 Boy band BtoB will return with its 11th EP “This Is Us” on June 18, the group’s management agency said Monday.

It will be the band’s first album since its second studio album, “Brother Act,” came out in October last year, according to Cube Entertainment.

Ahead of the new release, the group is scheduled to unveil “The Feeling,” a song from the new EP, on June 11.

On June 16, the group will appear in a joint performance of Cube-managed artists along with HyunA, Jo Kwon, CLC and Pentagon.