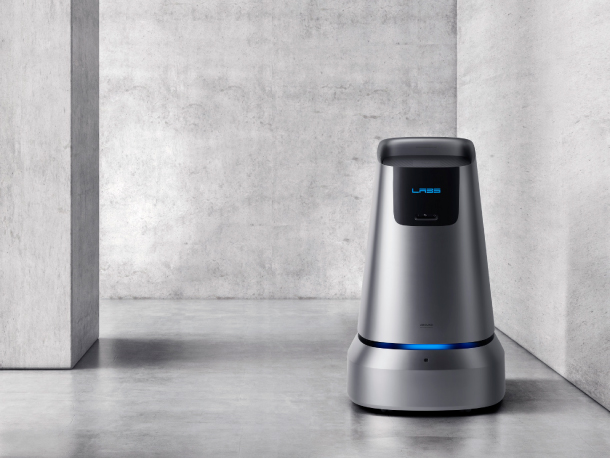 Industrial robot company Hyundai Heavy Industries Holdings (HHI Holdings) inked a partnership with tech giant Naver on Monday to develop customer service robots that will sell for a fraction of the price of existing models.

The two companies plan on commercializing two types of service robots within the year.

One is a high-precision indoor mapping robot dubbed M1, and the other is a service robot called Around that can control its own movements around shops using a 3-D map created by M1.

The two robots were initially developed by Naver Labs, but the industrial robot maker will help commercialize the products by producing them at its factory in Daegu.

According to Naver, it was able to minimize the number of expensive sensors used for Around as the precise map data captured by M1 gives the self-driving robot a better sense of direction without including numerous sensors and cameras.

“By cutting the use of sensors, we pulled down the manufacturing cost of our autonomous robot to about one-tenth that of competing robots in the market,” a Naver spokesperson said. “To commercialize the robots, one of our priorities was making them more affordable.”

The spokesperson said that competing models cost over 100 million won ($93,132), largely due to their high-tech sensors and cameras.

The robots will be deployed in a variety of commercial locations, like airports, shopping malls, gas stations, hotels and factories to guide customers and provide product information.

In the future, the two companies will also work together on new robot concepts and take advantage of both companies’ affiliates and customer networks, HHI Holdings said in a statement.