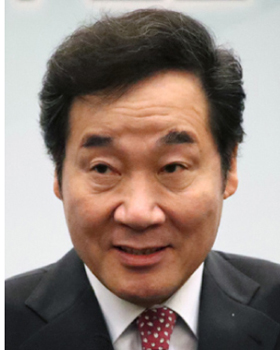 Prime Minister Lee Nak-yon said Sunday in London that the United States asked South Korea not to discuss in detail methods to denuclearize North Korea as it is a matter to be decided by Washington and Pyongyang.

Lee’s remarks, made during a meeting with London correspondents on a visit to Europe, correspond with President Moon Jae-in’s comments Sunday that specific denuclearization measures should be decided by the North and the United States and that it wasn’t appropriate for him to address the issue.

“As President Moon did not go into detail over denuclearization measures [at a press briefing Sunday], the United States requested Seoul not to divulge [such measures],” said Lee.

Lee said the Trump administration has “high stakes on realizing denuclearization of North Korea,” the core issue in a summit meeting with Kim that is now expected to take place on June 12 in Singapore.

“There is strong motivation for President Trump to make the North-U.S. summit successful,” Lee said. “It’s not merely a position of ‘trying wouldn’t hurt.’ I don’t think the summit will be scuttled.”

Sticking to his self-described role as mediator between Pyongyang and Washington, Moon dodged a question on the issue at his briefing Sunday about the outcome of his surprise meeting with North Korean leader Kim Jong-un the day before in the border village of Panmunjom.

“While they may be on the same page for denuclearization, a roadmap of how to achieve it needs negotiations between the two and could be a difficult process,” he said. “It is not appropriate for me to share my thoughts on the issue before the North and the United States, as it is the matter to be decided by the two.”

The absence of agreement between the leaders of the two Koreas on how to rid the North of nuclear weapons has been used by conservatives in South Korea to pillory the Moon government, claiming it’s the most important issue for them to deal with.

On the possibility of Moon flying to Singapore to have a trilateral summit meeting involving the two Koreas and the United States, Lee said there “have been no signs yet” pointing in that direction. He also expressed doubt that Trump and Kim would declare a formal end to the 1950-53 Korean War, which ended in an armistice, not a peace treaty, at their summit.

On working-level talks between Pyongyang and Washington currently underway in the border village of Panmunjom, Lee said the location bore much significance for Seoul as it is now used as a venue for the two sides to discuss the summit agenda.

“The significance of Panmunjom will only grow since it is now being used as a venue to discuss selecting topics for the agenda [for the North-U.S. summit]. And that leaves us with some room to exert influence though we are not a direct player in the ongoing working-level talks,” Lee noted.

On his impression of Kim Yo-jong, the younger sister of North Korean leader Kim Jong-un, whom he met during the former’s visit to South Korea in February, Lee said, “I had an impression that she was raised very well and is very considerate of others.”