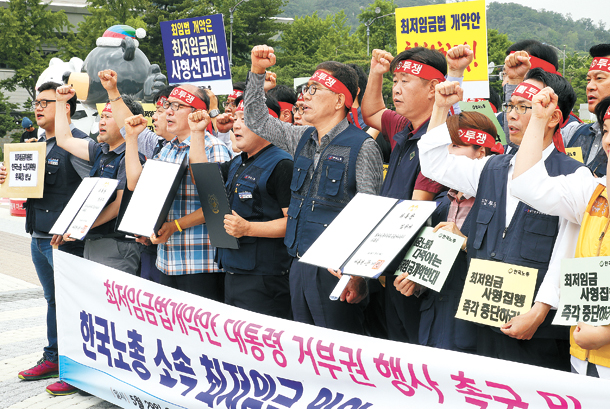 Labor union members decry the new minimum wage bill that passed the National Assembly Monday and ask President Moon Jae-in to reject the bill during a protest organized by the Federation of Korean Trade Unions at the Blue House in Jongno District, central Seoul, on Tuesday. The new bill, which will go into effect next year, will count bonuses and welfare payments as part of employee salaries, which will likely curtail the growth in workers’ incomes. [YONHAP]