‘My Mister’ wraps with top ratings

‘My Mister’ wraps with top ratings 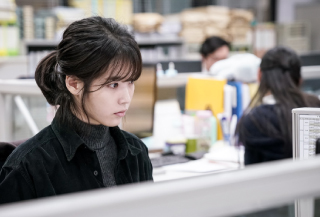 ”My Mister,” a television series about an unlikely friendship between a 20-something woman and her colleague in his 40s, has topped the weekly TV chart, data showed Tuesday.

Starring singer-actor Lee Ji-eun, better known by her stage name IU, and Lee Sun-kyun, the heartwarming drama on tvN wrapped up on May 17 with its highest ratings yet.

When the 16-episode drama started in March, there were voices critical of what was presumed to be a romance between a young woman and a married man. After all, the singer-songwriter had been embroiled in a controversy of using the Lolita complex for her 2015 EP “Chat-shire.”

But the concern turned out to be groundless as the drama unfolded.

Lee Ji-an, played by Lee, has supported her sick grandmother on her own since she was six. She does whatever it takes to make money to repay her debt to Lee Kwang-il, the son of the cruel moneylender she accidentally killed when she was a middle schooler.

In her desperate attempt to escape from the deepening cycle of debt, she approaches Park Dong-hoon, played by Lee, a warm-hearted middle manager at the company she temps at. In spite of herself, she begins to feel sympathy for Park, who suffers the heavy weight of life in his own way.