The future is equal

The future is equal 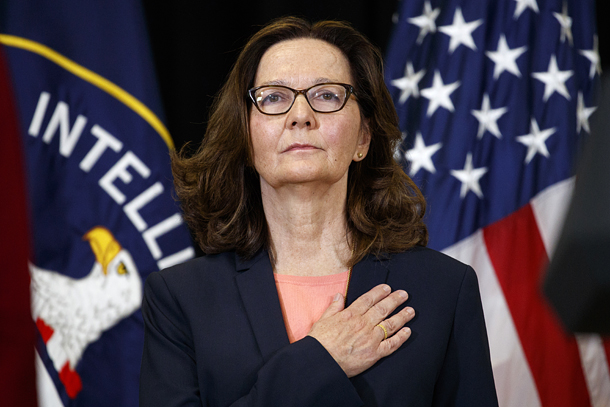 Last week, Gina Haspel became the first female director of the U.S. Central Intelligence Agency. She was notorious for her involvement in waterboarding torture, but with her 33 years of experience in the field, she smoothly passed the confirmation hearing. In the two-and-a-half-hour hearing, she boasted about her expertise, offering answers without looking up references. She could not join the military academy because women were not allowed in the past, but she has now become the first female head of the U.S. spy agency.

Another glass ceiling broke on the conservative Wall Street. Last week, Stacey Cunningham became the president of the New York Stock Exchange (NYSE). She joined the NYSE as an intern, and 24 years later, she became the NYSE’s first female leader in its 226-year history.

The glass ceiling is the invisible barrier that prevents women and minorities from moving up to higher positions. In addition to the glass ceiling, many legal regulations are imposed on women to “protect” them. This is the legacy of an outdated view that better fits the industrial revolution era.

The Economist recently reported that legal discrimination against women still exists in 104 countries, citing a World Bank report. Around 2.7 billion women were unfairly excluded from jobs dominated by men. Of course, the number excludes temporary measures to protect women who are pregnant or nursing.

For example, in Russia, 456 jobs, such as train conductors or ship captains, are classified as work too dangerous for women, and women are not allowed to enter at all.

Vietnam bans women from driving tractors with more than 50 horsepower. In Mumbai, female merchants cannot do business late at night. In 18 countries, women are not allowed to have a job without the approval of their husbands, and four countries don’t allow women to register a business. These obvious forms of discrimination are also serious.

South Korea is included in the countries that discriminate against women in the World Bank’s study, but the Ministry of Gender Equality and Family and the Ministry of Strategy and Finance haven’t figured out which regulations are problematic. But obviously, Korea has always ranked the lowest in the glass ceiling index in the Economist’s annual study on Organization for Economic Cooperation and Development member countries. This year, Korea was ranked 29th. The index is based on ten indicators related to women, including higher education levels, employment indicators, wage levels and ratios in management positions and boards. A women’s rally condemning the gender-discrimination in police and prosecutor investigations was held two weeks ago in downtown Seoul.

Gender discrimination in investigations is not the only thing we are concerned about. There are many other factors in Korean society that dictate gender inequality.