At U.S. Open, a fight through wind, rain

At U.S. Open, a fight through wind, rain 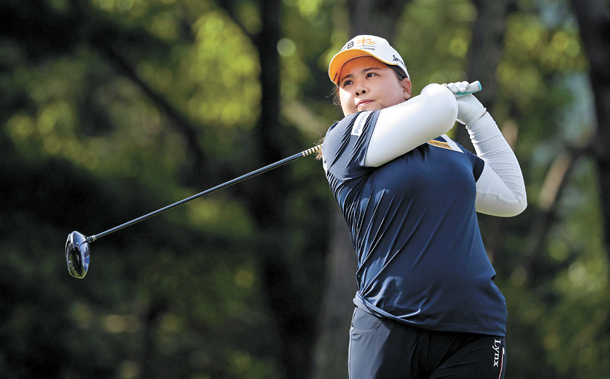 Park In-bee watches her shot during the final round of the 2018 Doosan Match Play Championship at Ladena Resort in Chuncheon, Gangwon, on May 20. [KLPGA]

LPGA Hall of Famer Park In-bee is heading into the U.S. Women’s Open this week gunning for a third win, but it’s going to be a lot harder this year after subtropical Storm Alberto flooded the course in Shoal Creek, Alabama.

Heavy rain on Tuesday almost led the United States Golf Association to consider lift, clean and place rules for the first time in over a century. The rules would allow a player to lift the ball without a penalty, wipe it down and place it back. They are usually implemented in wet conditions.

Since Park is not a long hitter, the heavy rain will give her a more difficult time. And after a practice round was canceled on Tuesday, players have been getting limited time on the driving range and putting green.

But long drives aren’t the be-all, end-all on this tricky course. Park believes it will come down to the accuracy of each player’s second shot.

The rough at U.S. Women’s Open courses have usually been thick and long, and the difficult setting has contributed to lower final scores than in other tournaments. Because of this, keeping the ball on the fairway is crucial, said Ji Eun-hee, winner of the 2009 tournament. “The champion will be determined based on the players’ short game around the green.”

Park is the youngest player to win the U.S. Women’s Open, capturing the title in 2008 at age 19. She topped the tournament again in 2013. If Park wins a third time this weekend, she will be the first player since Annika Sorenstam of Sweden in 2006 to have won the tournament three times. As the top-ranked golfer on the roster, she is most favored to win.

Park has already won one tournament this season - the Bank of Hope Founders Cup in March - and is more than eager to add another after losing the LPGA Tour’s first major of the season, the ANA Inspiration, to Pernilla Lindberg of Sweden in April. The two had to play six playoff holes before Park relented.

After winning the KLPGA Tour’s Doosan Match Play Championship on May 20 - her first KLPGA Tour victory ever - she skipped the LPGA Volvik Championship last week to rest and prepare for the U.S. Women’s Open.

The 29-year-old golfer has been making somewhat of a comeback on the LPGA Tour after two seasons marred by injuries. In April, she reclaimed the top spot in the world ranking and has maintained it for six straight weeks. Park currently ranks second on the LPGA Tour’s money list and third in average scoring.

“No one knows what will happen at the U.S. Women’s Open,” Park said.

Park will play the first two rounds alongside Chun In-gee of Korea and Moriya Jutanugarn of Thailand. Chun won the tournament in 2015.

Defending champion Park Sung-hyun will play her first two rounds with Kim In-kyung of Korea and Sophia Schubert of the United States, an amateur.

JTBC Golf will broadcast the first two rounds of the U.S. Women’s Open on Friday and Saturday starting at 4 a.m. in Korea.