How the U.S. can pressure Iran

How the U.S. can pressure Iran 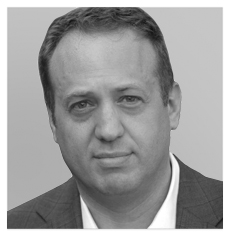 Michael Makovsky
*The author is president and CEO of the Jewish Institute for National Security of America (Jinsa) and a former Pentagon official.

Secretary of State Mike Pompeo last week delivered a powerful speech that essentially defined U.S. policy objectives toward Iran by three noes: no nuclear program, no regional terrorism and aggression and no domestic oppression. He offered a three-part strategy to achieve those goals, the central element of which is “unprecedented financial pressure” on Tehran. But even with Iran’s currency crisis and popular discontent, sanctions can only be one tool in a broader U.S. plan. Instead, Washington should build upon Pompeo’s approach to pursue a comprehensive strategy of pressure against Tehran.

Iran’s nuclear program and aggression expanded during two decades of U.S. sanctions, and while intensified sanctions might have helped bring Iran to the table in 2013, they didn’t secure an effective nuclear deal in the time allotted. Nor was the more recent prospect of renewed sanctions sufficient to fix the fundamental flaws of the 2015 Iran nuclear deal – namely, its ignoring Iranian ballistic missile development, not mandating inspections anywhere anytime, and permitting restrictions on Iran’s enrichment program to lapse.

Pompeo did suggest the military threat in the second element of his strategy. He promised to “work closely with the Department of Defense and U.S. regional allies to deter Iranian aggression,” committed to crushing Hezbollah and, echoing President Donald Trump, warned Iran’s leadership that ratcheting up its nuclear program would result in “bigger problems than they’d ever had before.”

A clearer declaration of a military option would send a stronger signal. By aggressively interdicting Iranian arms supplied to Syria and Yemen, threatening to knock out any Iranian ballistic missiles that are tested or fired, updating contingency plans for striking Iranian nuclear facilities (and leaking that the United States is doing so), and forward-deploying missile defense ships to the Middle East, the Trump administration could better demonstrate that it is prepared for confrontation if necessary.

The principal vulnerability of Iran’s regional strategy is its dependence on regimes that rule failed artificial states — mostly created from the ashes of the Ottoman Empire after World War I, with borders seemingly drawn by a drunk and blindfolded cartographer — riven by ethno-sectarian fissures. Without adding boots on the ground, the United States should provide sufficient arms and political support to those who seek greater self-determination or independence from Iranian-backed or dominated capitals in Lebanon, Syria, Iraq and Yemen, transforming these states into loose confederations or new countries with borders that more naturally conform to sectarian lines.

Some might consider this approach impractical or destabilizing, but the Middle East’s history and current trajectory are more alarming. Authoritarianism, instability and bloodshed have not only characterized Syria in recent decades, but much of the region since the new order was established following World War I. There is nothing sacrosanct about borders that the Islamic State, Iran and various Yemini and Syrian factions have already dissolved, or political structures that have patently failed. Artificial states have been divided or loosened before with some success, such as the Soviet Union, Yugoslavia and Czechoslovakia — all post-World War I formations — and Bosnia and Herzegovina have managed as a confederation. The United States needs to recognize the new realities, including that the current regional structure serves Iran’s interests, and adapt its policy accordingly.

The pivotal regional battleground with Iran is Syria, and the main group there for the United States to support is the Kurds, who have demonstrated a willingness to defend themselves, even if it means America pushing back against Turkey, which has not acted for a while like the NATO ally it formally is.

The United States should also bolster ties with, and the military capabilities of, allied states to resist Iranian aggression, including Jordan, Egypt, Saudi Arabia, the United Arab Emirates and Azerbaijan. But Washington must help Israel the most, since it is most exposed and has repeatedly demonstrated a strong willingness to push back against Iran.

A recent report by the Jewish Institute for National Security of America, where I am president and CEO, recommended that the United States frontload some of the 10-year, $38 billion U.S. commitment in foreign military aid to boost Israel’s capability to meet growing threats from Tehran. The report also recommends that Trump issue an executive order that raises Israel’s status as a U.S. ally to that of Australia and Canada by giving presumption of approval to share U.S. intelligence, military technology and equipment with Israel.

Removing certain bureaucratic and legal obstacles to enhanced security cooperation — few or none of which apply to Washington’s other closest allies — would signal to U.S. government officials that Trump wants the closest possible cooperation with Israel to face regional threats such as Iranian aggression. Further, the United States should also replenish its arms stockpiles stored in Israel with precision munitions and other critical wartime supplies, and cooperate with Israel in researching and developing advanced weapons technology.

After intensifying the pressure, the administration should explore how it can use that leverage to come to an arrangement with Russia that further undercuts Iran’s position in Syria. Russia has made it clear that its support for Iran in Syria has limits. In recent weeks, Moscow has not impeded the Israeli Air Force’s efforts to destroy Iranian assets in Syria, declined to sell S-300 ground-to-air missiles to the Assad regime, agreed to some restrictions on Iranian presence in Syria and hosting Netanyahu in Red Square.

Raising the costs of Tehran’s expansion, which has been a source of popular discontent in Iran, also serves the third, albeit vaguest, element of Pompeo’s strategy of advocating “tirelessly for the Iranian people.”

Pompeo’s speech offers the rudiments of a comprehensive policy toward Iran that requires further development. By utilizing all the tools of American power — economic, military, allied, diplomatic and humanitarian — to pressure Iran in a more multidimensional fashion, U.S. policymakers can increase their chances of successfully reducing Iranian aggression, rolling back its influence and stopping Iran’s nuclear program.