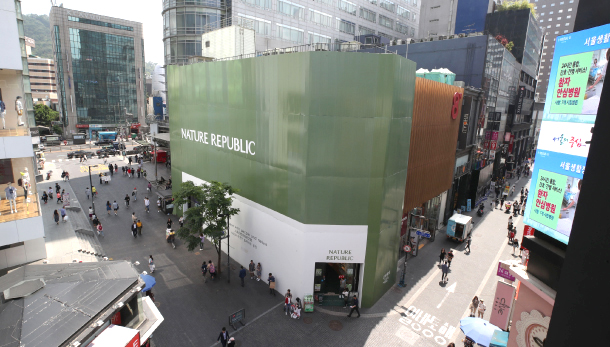 The cosmetics brand Nature Republic’s store in Myeong-dong, central Seoul, sits on the most expensive plot of land in Korea, according to data released by the Seoul Metropolitan Government on Wednesday. The property is worth 91.3 million won ($84,493) per square meter (10.76 square feet). The value increased this year by 6.16 percent from 86 million won per square meter last year. It was ranked as Korea’s most expensive property for the 15th straight year since 2004. [YONHAP]