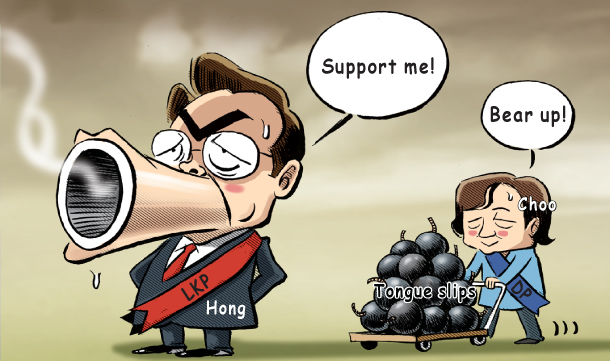 Campaigning in Busan on Thursday, Hong Joon-pyo, chairman of the opposition Liberty Korea Party, questioned whether Choo Mi-ae, chairwoman of the ruling Democratic Party, really considers Kim Jong-un a president. Choo uttered “President Kim Jong-un” instead of “Chairman” or “leader” in a pep talk on May 27 for the opening of a campaign office for Lee Jae-myung, former Seongnam mayor, who is running for Gyeonggi governor.