Always looking for a challenge: After the success of ‘My Husband Oh Jak-doo,’ actor U-ie is focused on becoming the best

Always looking for a challenge: After the success of ‘My Husband Oh Jak-doo,’ actor U-ie is focused on becoming the best 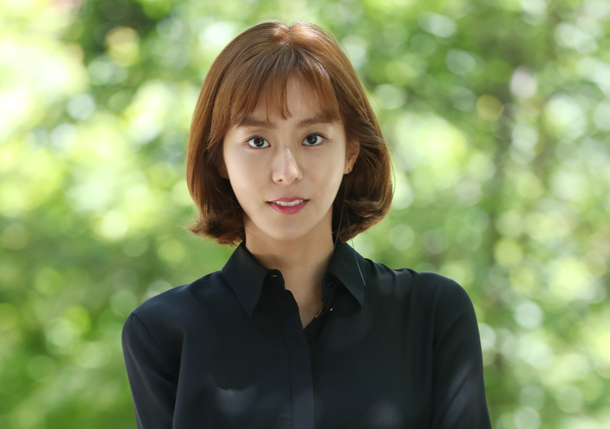 A few years ago, when singer U-ie made the leap from girl group member to actor, people turned a suspicious eye on whether she could successfully make her transition without getting caught up in the negative connotations that come with the singer-turned-actor label. But it turns out that she has been able to do just that, making a name for herself as an actor who can pull off any role she’s given.

With a role on the recently wrapped MBC drama “My Husband Oh Jak-doo” - which saw a 11.7 percent viewership rating according to Nielson Korea - U-ie is now a well-known actor who fits perfectly into a character who is years older than her. Her previous work, a KBS drama named “Manhole,” which saw a mere 3 percent viewership rating when it aired last year, may not have been a big success, but that didn’t stop her from trying out something new.

In “My Husband Oh Jak-doo,” U-ie played Han Seung-ju, a woman caught up in work and money until her mid-30s, who only comes to realize the meaning of true love after she marries Oh Jak-doo (actor Kim Kang-woo), a man who she tied the knot with only to get the title “married woman.”

“I actually didn’t know the ratings for ‘Manhole’ until after it was all over,” said U-ie in an interview with Ilgan Sports, an affiliate of the Korea JoongAng Daily. “I thought the drama was doing well, since we had fans coming to the shooting sites and telling us that it was great. I found out later that it had the lowest ratings of the three major channels. I began to think that maybe I had been a little too complacent.”

The following are edited excerpts of the interview, in which U-ie reveals her thoughts on her latest work and her fairly new career as an actor.

Q. How do you feel now that the drama is all over?

A. I feel really good about myself because we had a lot of action and dialogue, and a lot of the filming took place in the mountains. There were some scenes where I thought, “Is this it?” because I felt like I could do more. But overall, I think it ended well.

As an actor, what do you think made “My Husband Oh Jak-doo” popular?

I think the biggest thing was [Kim] Kang-woo. The scriptwriter wrote everything so well in some scenes, things that would go well after [Kim’s] lines. There was even a scene where I ended up crying when I shouldn’t have. In the scene, Kang-woo tells my character that it will really be over if I let him go, and I felt tears welling up because I somehow felt that it was really over. It was something that came out right there on the spot. I was worried that I went a little bit over the top, but the scriptwriter told me that it was really good.

What made you choose to join “My Husband Oh Jak-doo?”

I had never been number one. I had been in a lot of dramas, but most of them [did not perform very well.] I thought hard about whether this show would be an opportunity or not, but someone told me that everything is an opportunity. I may not be the best now, but there will come a day when I am number one, and I think “My Husband Oh Jak-doo” was something to get me started down that path. That’s why I didn’t let it go. I didn’t choose it because of the ratings, but because I liked the character and because I felt close to her.

Were you okay with playing a character who is five years older than your actual age?

I looked through the script after I got it, and the age really didn’t bother me. Age doesn’t bother me much. I think it’s more important to go ahead and jump into a challenge. If I get the opportunity, I’d like to try playing a mother and a villain.

Did the drama change your thoughts on marriage?

The thing I dreamed about the most while shooting was that I’d really like to have someone like Oh Jak-doo tell me that I did well, or ask me if I’m okay, and give me a hug at the end of the day. I thought that I’d like to get married if there was someone next to me like that.

I actually had a fantasy of getting married like Seung-ju and Jak-doo did [in the countryside,] but in reality, there were too many insects and the guests got really tired. I would like to get married in an indoor hall with strong air conditioning - somewhere that’s convenient.

It’s been nearly 10 years since you’ve started acting. What do you think are your strengths and weaknesses?

I have a big problem with my pronunciation. I get that every time a project is done, so much so that I feel it’s going to traumatize me. Some people think I have the issue because of [plastic] surgery, and they don’t believe me even when I tell them that’s not true. I used to deny it, but now I think it’s something that I should be working on. I should be making the drama fun to watch, but if I’m messing it up with things like my body figure or my pronunciation, then I’m preventing them from enjoying the show. I think that’s something I need to work on.

I am confident about my skin, though. The staff told me there’s nothing to fix (laughs).

You were one of the most popular idols back when you were with After School. Do you miss those days?

Of course I do, but I like it better now. Nowadays, if I have a piece out there with my name on it, I have the time to look it up [on the internet], but I had no time back then. I used to tell my family that it’s all fine and I’m doing great, but now I have the courage to tell them things like I’m sick or that it’s too hard. I like the fact that I have time to reflect. My younger fans don’t even know that I used to be a singer.