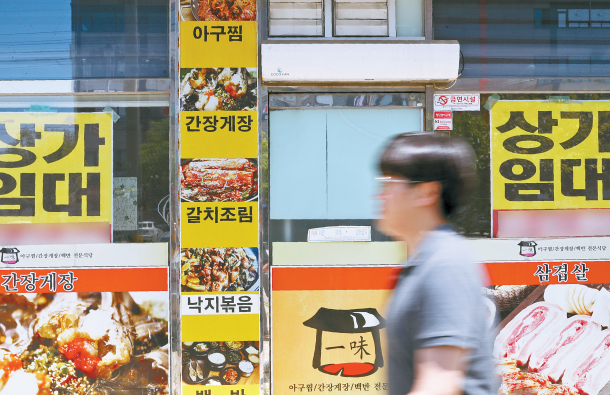 A lease advertisement posted on a restaurant in Gunsan on Thursday, as the local economy was heavily hit by the final closing of the GM Korea plant. [YONHAP]

Korean banks plan to provide financial assistance for contractors of GM Korea that may suffer hardships due to the shutdown of its plant on the west coast, sources said Thursday.

GM Korea, the Korean unit of General Motors, closed its factory in Gunsan, North Jeolla the same day as part of a restructuring plan aimed at keeping the struggling unit afloat.

According to sources, Shinhan Bank has decided to roll over their loans that will mature until the end of this year, and reduce interest rates by a maximum of one percentage point.

The lender will also contribute 2 billion won ($1.85 million) to the Incheon Credit Guarantee Foundation to help GM contractors in Incheon, west of Seoul, take out special guaranteed loans to tide over their financial straits. 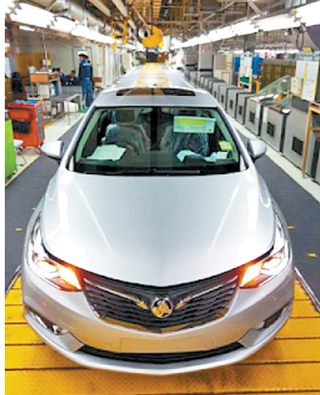 The last vehicle produced at GM Korea’s Gunsan plant is rolled out as the factory shut down completely, ending its 22-year history on Thursday. [YONHAP]

GM Korea operates a plant in the Bupyeong Ward of Incheon. It operates another factory in Changwon on the south coast.

Woori Bank will allow GM Korea’s Gunsan plant and its contractors to extend the terms of their loans that mature until June 11 without repayment.

Woori also plans to extend new secured loans of up to 300 million won to the plant and contractors and to reduce the lending rate by up to 1.3 percentage points.

In addition, other lenders, including KEB Hana Bank and Kookmin Bank, have decided to roll over the maturing loans taken out by GM Korea contractors and suspend their repayment of installment loans for a certain period.

Detroit-based GM announced a restructuring plan for GM Korea in February in a bid to keep the loss-making unit above water. GM Korea logged a cumulative net loss of 3.13 trillion won from 2014-2017 due to a lack of new models and sagging demand.

GM controls a 77 percent stake in GM Korea, with the state-run Korea Development Bank and SAIC Motor of China holding 17 and 6 percent, respectively.