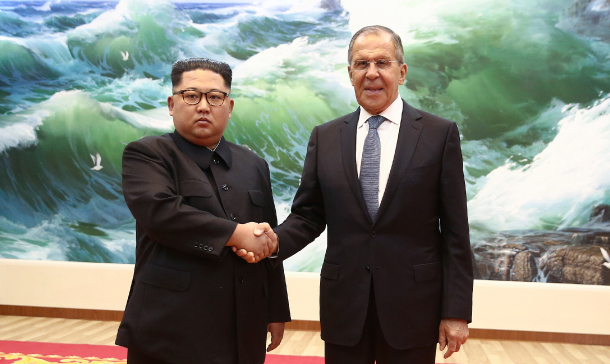 North Korean leader Kim Jong-un, left, and Russia’s foreign minister, Sergei Lavrov, pose for a photo during a meeting in Pyongyang on Thursday. Lavrov’s visit to North Korea comes ahead of a planned summit between U.S. President Donald Trump and North Korean leader Kim and is seen as an attempt by Moscow to ensure its voice is heard in the North’s diplomatic overtures with Washington, Seoul and Beijing. [AP/YONHAP]