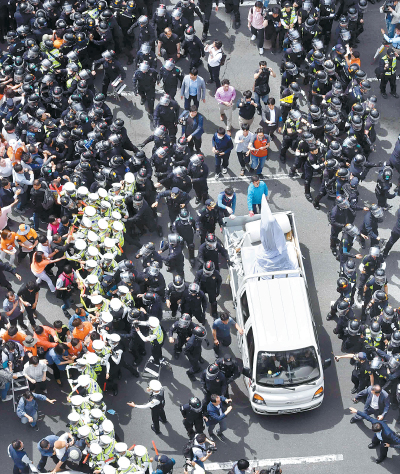 Police forcibly remove a statue symbolizing Korean victims of forced labor under Japanese colonial rule from a sidewalk near the Japanese Consulate in central Busan on Thursday. The Japanese government had strongly objected to the statue, which led the Busan local government to order its removal. Civic groups protesting the removal briefly clashed with police, who moved the statue to the National Memorial Museum of Forced Mobilization under Japanese Occupation. [YONHAP]