Panic in the produce aisle

Panic in the produce aisle 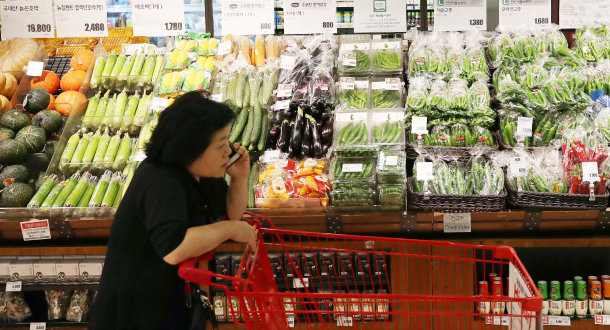 A shopper passes by the produce section at a discount store in Seoul Friday. Produce prices have shot up, according to Statistics Korea, despite an inflation rate that has stayed below 2 percent for eight consecutive months. Produce prices increased by 13.5 percent in May, the highest since August 2017. [YONHAP]