Gugak shows off its dynamism: Traditional music is in the spotlight at the annual Yeowoorak fest

Gugak shows off its dynamism: Traditional music is in the spotlight at the annual Yeowoorak fest 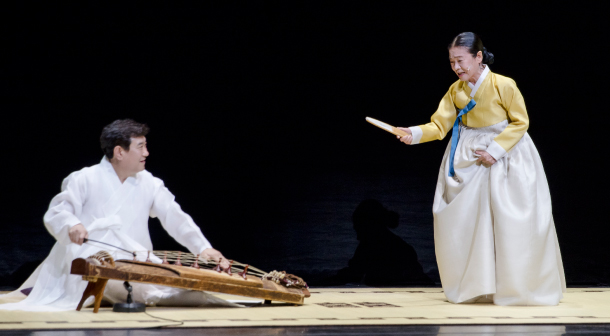 Although gukak (traditional Korean music) has existed for thousands of years, the popularity of K-pop has meant that the traditional music has been overshadowed in recent decades. Nevertheless, this unique form of music is still alive and enjoyed by many.

By presenting modern interpretations of gukak by blending it with jazz, theater, rock and more, the Yeowoorak Festival, organized by the National Theater of Korea, is a chance for those who have difficulty appreciating the music to see the many forms it can take. The term Yeowoorak is a Korean abbreviation for “Here is Our Traditional Music.”

The annual summer music event, which runs from July 6 to 22, is now in its ninth year. A total of 11 performances will take place at the National Theater of Korea’s Daloreum Theater and Haneul Theater in central Seoul.

Since beginning in 2010, the festival has become a favorite for music lovers throughout the country. Some of this year’s performances are already sold out. 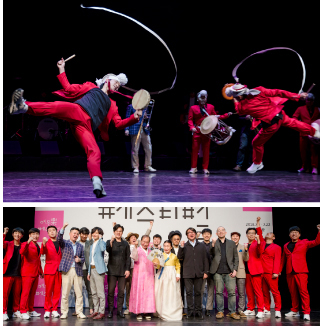 “It’s a festival that strives for creativity and perfection,” said musical director Lee A-ram during a press conference in Seoul on Thursday.

Since 2017, the festival has been led by artistic director Won Il, who directed the National Orchestra of Korea from 2012 to 2015. This year, Lee, who has participated in Yeowoorak as a daegeum (wind instrument) player since 2011, is the festival’s musical director.

This year’s event has been divided into three different themes. Each section uses the Chinese character “Shin,” but takes advantage of its many different meanings.

The first section, which is made of four performances, is “Trustworthiness.” The first piece that will be played in this section is “Hollim: Immersion,” at the opening ceremony at Daloreum Theater. This performance is designed by Ahn Sang-soo, who is known as the godfather of Korean typography, and presents the beauty of hangul.

Another notable act is “Ahn Sooksun & Jieum: Intimate Friends Who Know Her,” which will be performed by veteran pansori (traditional Korean opera) singer Ahn Sook-sun at the Daloreum Theater. This song, which Ahn and other veteran singers first performed in 1994, emphasizes the value of true friendship.

“This piece was created because I wanted to spread [traditional] music [to the world],” said the musician Ahn. “After all, this festival allows musicians to add creativity to music so that people can easily listen to gukak [and enjoy it].”

The second theme, which also consists of four performances, is “Experimenting with the New.” In this theme, artists from different realms, including classical music and contemporary music, will interact through traditional Korean music.

Lastly, the third theme is “Exploding Excitement.” This theme, which consists of three sections, presents an energetic vibe. A noteworthy performance will be “Uhee Ska,” which is a collaborative effort between the Korean Ska band Kingston Rudieska and Korean percussion group Uhee.

Along with the 11 performances, the festival will be hosting a Yeowoorak Academy to give audiences a chance to learn more about the beauty of Korean music. All three lessons will take place at the Byeloreum Studio at the National Theater of Korea in central Seoul and are free.