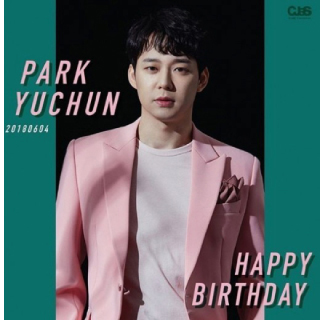 Singer and actor Park Yu-chun made his first public appearance in Korea since being mired in a series of sexual assault complaints in June 2016 at a fan meeting celebrating his birthday on Monday.

“It’s been a long time since [Park met with his fans,] so we are very excited and nervous. We hope that this event will be one that fans remember as a wonderful memory,” said Park’s agency C-JeS Entertainment.

In 2016, the singer was accused of rape by four women. However, in March 2017, Park was cleared of all four charges.

The first woman who accused the singer was sentenced to two years of prison for falsely accusing and blackmailing Park over the scandal. Park also filed charges against the second woman for making similar allegations against him, but she was declared innocent.

Park was also in the spotlight in April 2017 when he and Hwang Ha-na, a granddaughter of the founder of dairy giant Namyang Products Co., confirmed that they were dating and revealed plans to get married in September that same year. However, the marriage was delayed twice, and after rumors spread that the couple had broken up, Park’s agency released a statement on May 15 confirming the rumors.