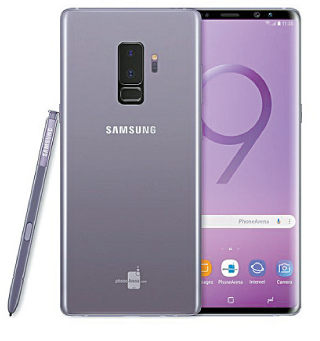 A preview of the Galaxy Note9. [PHONE ARENA]

The guessing game has already begun as to when Samsung will reveal its upcoming Galaxy Note9 phablet.

Rumors on when Samsung Electronics will showcase the Note9 are ramping up. Bloomberg, citing sources familiar with the matter, reported that Samsung will unveil the phone on Aug. 9 and aims to release the new model as early as the end of August.

The venue for the Note9’s unveiling will likely be in New York, where they have unveiled their most recent Note phablets — the Note5, Note7 and Note8 — every August since 2015.

If the phone is revealed on Aug. 9, this will be two weeks earlier than the Note8, which the company unveiled on Aug. 23 last year. Samsung has shown the tendency to move up the release date of its phablet models to avoid competition with its rival Apple’s iPhone, which usually is released in September.

The earlier unveil for Note9 is a calculated move. Some experts are speculating that Samsung will unveil its Galaxy S10, its 10th-anniversary Galaxy smartphone, at the Consumer Electronics Show in Las Vegas in January instead of at the Mobile World Congress in Barcelona in February, where it is usually revealed.

The smartphone maker is preparing to launch the Galaxy X, a phone with an experimental folding display, at some point early next year. The company could move the S10’s release date so it doesn’t steal the X’s thunder.

Samsung promised last year to unveil a folding phone in 2018, but the company has apparently pushed back the plan by another year.

“The user experience is the biggest stumbling block to commercializing a folding phone,” said Koh Dong-jin, the president of Samsung’s mobile communications division, earlier this year. “We are striving to overcome this problem.”

A less likely date for the Note9’s unveiling is the end of August. This later date could come from Samsung Vice Chairman Lee Jae-yong’s abrupt decision to make the display thinner by up to 0.5 millimeters. Lee examined the latest Chinese smartphones on a business trip in May, and ordered design changes to improve users’ ability to grip the phone, according to SamMobile, a Samsung fan community.

But smartphone industry insiders say that the design can’t possibly be modified with just three months left before the phone goes into production. Samsung refused to confirm the rumor.

The Note9 likely won’t come with revolutionary features like past Samsung flagships.

It will have an “infinity display” somewhere between 6.2 and 6.4 inches in diameter, and the top and bottom bezels will be thinner than the Note8’s. The new phone will have an improved processor and cameras, but the much-anticipated in-screen fingerprint scanner will likely debut on the upcoming S10, not the Note8.

Samsung is facing a difficult market, as global smartphone consumers are holding onto their devices longer than they did before, mostly because there are few noteworthy features that can persuade them to upgrade. Samsung’s Galaxy S9 is emblematic of the trend.