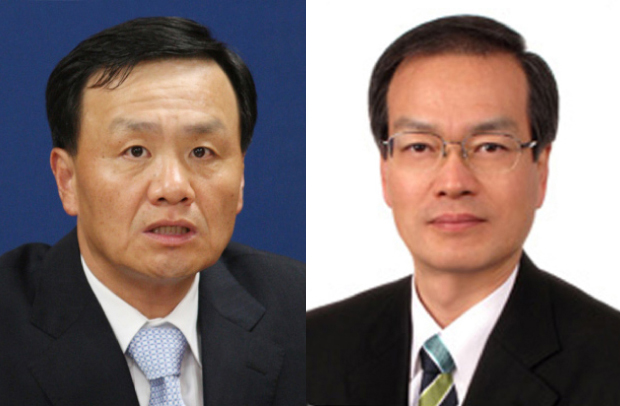 Opposition parties on Monday selected two candidates for an independent counsel that will investigate allegations that a blogger tied to the ruling party rigged online comments for partisan motives.

The Liberty Korea Party and two smaller parties picked Im Jeong-hyuk and Huh Ik-Bum from a group of four former prosecutors recommended by the Korean Bar Association in accordance with the special counsel law, officials said.

President Moon Jae-in is to appoint one of the two candidates as soon as this week.

“The two candidates were picked after taking into account their investigative capabilities and competence that they had shown when they were prosecutors,” Kim Sung-tae, floor leader of the Liberty Korea Party, told reporters on Monday. “The parties reached an agreement on the candidates to start an independent probe as soon as possible amid public concerns about a sloppy investigation.”

The National Assembly passed a bill last month to appoint a special prosecutor to look into a scandal involving a former ruling party lawmaker and an official at the Blue House.

The scandal centered on allegations that a blogger and his team manipulated comments on news stories with the goal of affecting public opinion on hot-button political issues.

The blogger claimed that Kim Kyoung-soo, a former ruling party lawmaker and key aide to President Moon, tacitly agreed to his online campaign. Kim has vehemently denied the allegations.