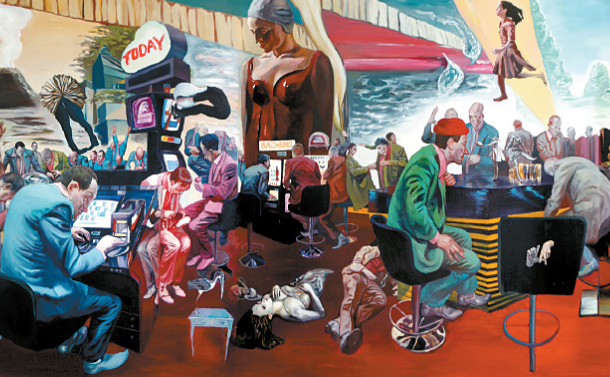 To June 17: Arario has opened its fourth gallery in the new Ryse Hotel in the Hongdae neighborhood of western Seoul, and the inaugural exhibition hopes to set the tone for the gallery by mainly focusing on younger artists and experimental work.

The group show includes 25 pieces by seven Asian artists in their mid-30s to early 40s. Among them is Indonesian artist Uji Handoko Eko Saputro, also known as Hahan, who is presenting an installation with painted panels and neon lights. The piece, titled “Baby Booming,” mixes the iconography of Western religious paintings with comic book characters and logos of luxury brands to satirize the capitalism rampant in the art market.

Also in the show is a large painting by Chinese artist Xu Bacheng that focuses on gambling addicts and miniature museums he has created to summarize his oeuvre and views on art history.

Get off at Hongik University Station, line No. 2, exit 9. 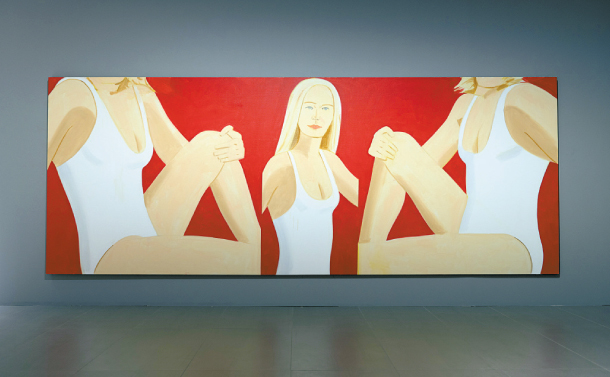 To July 23: Comparing a painting to a commercial advertisement might not sound like praise, but there’s no better way to describe the work of American artist Alex Katz. At times, his pieces look as if the artist had been commissioned by certain brands to paint something exclusively for them.

Katz is known for his portraits that depict women posing as if they are being shot by a camera against a monotone background — just like models in a commercial shoot. At the Lotte Museum’s exhibition, about 70 of these portraits are on display.

Rather than illustrating the women and their beauty in a detailed way, Katz uses images of a certain brand to speak on the women’s behalf — energetic and modern for Coca-Cola, chic and cool for Calvin Klein. In doing so, he has created a distinct style that has earned him fame. The Coca-Cola series and Calvin Klein series have been especially created for the Korean audience, and are revealed for the first time in this exhibition. 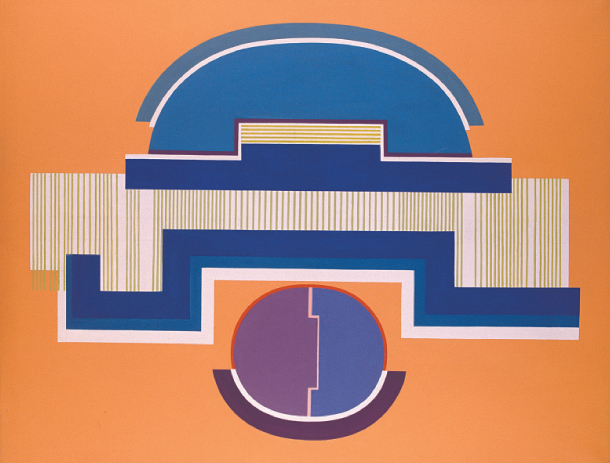 Paintings from the early 1960s, categorized by the artist herself as “Woman and the Earth” and a series of geometric abstract paintings the artist called “Yin and Yang,” are also on display.

The last part of the exhibition features Rhee’s cosmic paintings that she called “Road to the Antipodes.” 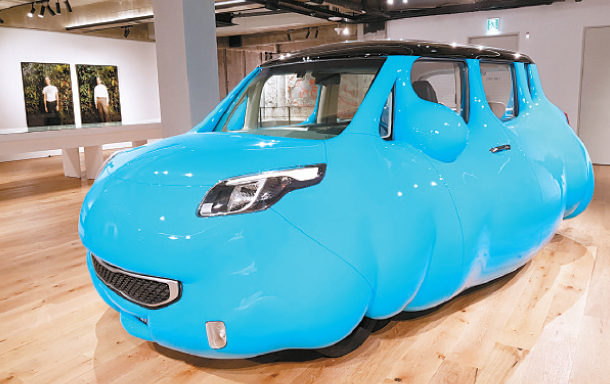 To Sept. 9: Austrian artist Erwin Wurm’s first solo exhibition in Korea features several pieces from his well-known “One Minute Sculptures” series. Each piece consists of everyday objects and instructions from the artist. “The sculpture is realized” as the artist says, when a viewer strikes a pose with the objects, as instructed via a sketch and inscription.

The exhibition also includes “Ship of Fools” which Wurm presented in the Austrian pavilion at last year’s Venice Biennale. The piece is a caravan where people can create several “One Minute Sculptures.” The caravan, along with the visitors’ human bodies and their actions, creates a composite sculpture.

Among the other pieces on display is a life-size sculpture of an absurdly plump car, titled “Dumpling Car,” which the artist created for the Seoul show as the latest piece in his “Fat Car” series.

Get off at Hangangjin station, line No. 6, exit 3. 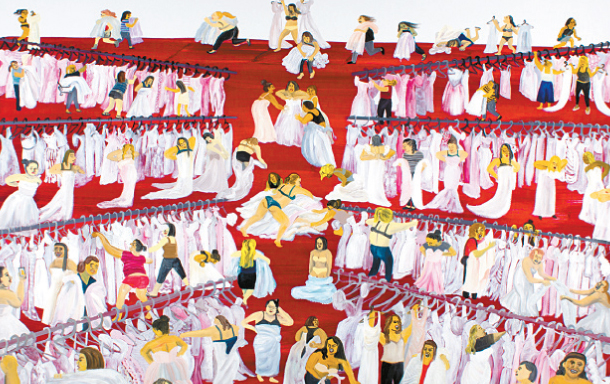 To Sept. 16: While some people are happily married, others regret the decision. The Seoul Museum has decided to capture the different perspectives with an exhibition that highlights their views on the institution of marriage.

“Dear My Wedding Dress” is divided into two parts. First, “The Stories of 12 Brides” includes 12 sections that each revolve around a fictional bride and her story. The anecdotes are derived from characters in famous movies, books and dramas, and each section includes a dress and pieces of art that express each woman’s story.

The second section, “Show Must Go On,” is a retrospective of Korea’s first male fashion designer, Andre Kim (1935-2010).