The National Dance Company of Korea is returning with “The Banquet.” It will feature traditional dances performed by dancers wearing beautiful hanbok designed by Jung Ku-ho. See TRADITIONAL PERFORMANCE, below. [NATIONAL THEATER OF KOREA]

June 8: The Russian violinist Viktoria Mullova is known as the “Ice Maiden” because of her upright posture and sharp technique. She will be performing Mendelssohn’s “Violin Concerto in E Minor, Op. 64,” along with other pieces at her upcoming Seoul Arts Center show. She will be accompanied by Geneva Camerata, who will be making his first appearance in Korea, and conductor David Greilsammer, whose two albums have been honored as records of the year by The New York Times.

June 16-17: Singer Yang Yo-seop - who debuted in 2009 with the boy band Beast and is now the main vocalist of Highlight -will hold his first solo concert this month. Yang will perform multiple songs at the show, including tracks from his second EP, which was released earlier this year.

Hoegi Station, Line No. 1, exit 1 and take green line bus Dongdaemun 2 and get off at Hankuk University of Foreign Studies, Kyung-Hee University Back Gate.

June 22-24: Based on Leo Tolstoy’s 1877 novel of the same name, this world class masterpiece will be performed by the Korea National Ballet Company under the supervision of director Kang Sue-jin. Additionally, the classical music will be staged by the Korean Symphony Orchestra.

This performance revolves on a married woman, Anna Karenina, who falls in love with the charming Count Vronsky. Initially, she is reluctant to carry an affair, but they eventually begin dating and get caught. As a mother and wife, Anna finds herself caught between her obligations as a wife and her desires and is forced to make a choice.

In the second part of the program, pieces from composer Joe Hisaishi that have been used in Miyazaki’s films will be performed. 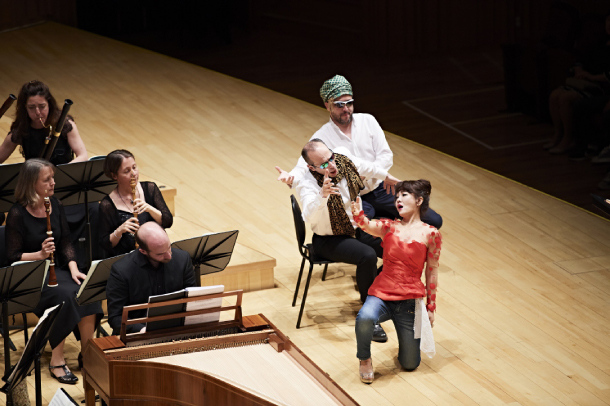 Soprano Im Sun-hae will be reprising her role as Susanna in this performance.

July 6-8: Indie duo MeloMance, made up of vocalist Kim Min-seok and pianist Jeong Dong-hwan, is ready to take the stage for their biggest headlining concert yet. After the success of their hit 2017 song “Gift,” the duo took home the Best Indie award at the 2017 Melon Music Awards and Indie Discovery of the Year award at the 2018 Gaon Music Awards. The duo will be performing songs from their four EPs, including last year’s “Moonlight.” 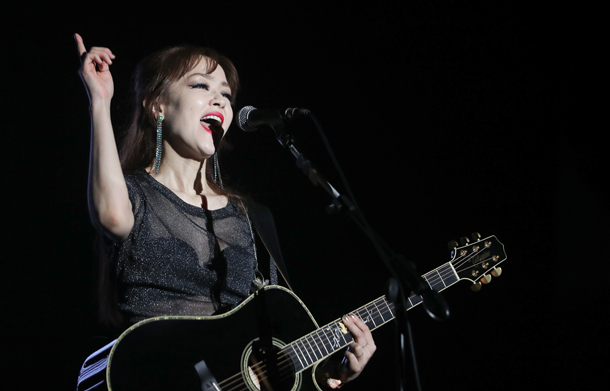 July 7-8: This concert features Jaurim, a rock band that debuted in 1997. Consisting of vocalist Kim Yuna, guitarist Lee Sun-kyu and bassist Kim Jin-man, the trio will be performing a diverse range of songs, including their previous hits, tracks from their new album and a cover song performed by Kim and Lee on JTBC’s cover performance show “Begin Again 2.”

To June 17: This unique play revolves around three main characters - the trickster Loki, the usurper Lucifer and Vindici, the master of revenge in Chicago - and offers loads of tension and suspense. It is only open to people over the age of 19.

July 8 to August 26: Led by American theater director Robert Johanson, this musical is based on Victor Hugo’s 1869 novel of the same name and the 1928 film adaptation.

Initially, the show was set to wrap up on July 1, but due to its popularity, its run has been extended for two more weeks.

To August 5: As the second longest running American musical on Broadway, this popular musical “Chicago” is returning to the theaters with its lively vibes and flamboyant moves. Singer Ivy is once again playing the role of Roxie Hart.

It has been 18 years since this musical first debuted on local stages and June 23 will mark the show’s 1000th performance. Known for its social satire of the 1920s, this musical portrays the prison life of the inmates in Cook County prison.

There are no shows on Mondays. The show starts at 8 P.M. on weekdays including Mondays; 2 P.M. and 6:30 P.M. on weekends and national holidays.

Today to June 9: Twelve traditional Korean dances are combined into one grand performance by the National Dance Company of Korea.

With traditional styles such as Buddhist dance and janggu (double-headed drum) dance, this performance is choreographed by traditional Korean dancer Cho Heung-don.

The show starts at 3 p.m. on Wednesdays and Saturdays; and 8 p.m. on Thursdays and Fridays.

To June 23: This summer, Korea’s finest gukak (traditional Korean music) masters will gather to present the beauty of the genre.

The performance, held every Friday and Saturday in June, gives those who wish to experience Korea’s traditional music culture a chance to listen to noted traditional sori (a type of pansori that originates in Gyeonggi) masters, and the National Gukak Center’s Court Music Orchestra.

In total, seven types of gukak will be presented at every show and each week a different style will be featured prominently.

The performance starts at 8 p.m. on Fridays and 5 p.m. on Saturdays.