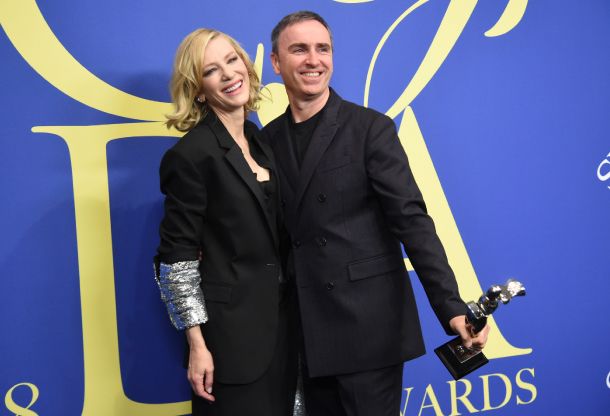 The awards are fashion’s answer to the Oscars, and a slew of celebrities were on hand at Monday’s ceremony at the Brooklyn Museum. TV’s Issa Rae hosted the event, and Cate Blanchett and Trevor Noah were among the presenters. Simons of Calvin Klein won for womenswear, and skating line Supreme for menswear.

A highlight of the evening was the appearance of Kim Kardashian West, who was given a special Fashion Influencer award. Supermodel Naomi Campbell received the annual Fashion Icon award, and iconic American designer Ralph Lauren a special tribute honoring his 50th anniversary in fashion. Carolina Herrera and Donatella Versace were also honored.AP