13th Jeju Forum for Peace and Prosperity on June 26-28

13th Jeju Forum for Peace and Prosperity on June 26-28 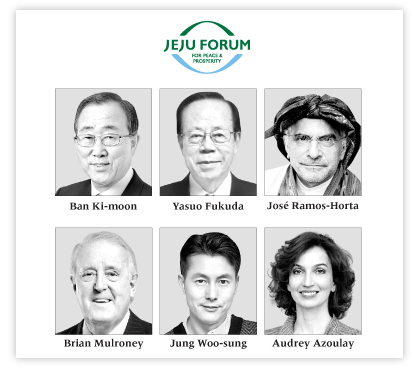 The Korean Peninsula is in the middle of a period of intense diplomacy. Starting with the inter-Korean summit on April 27 at the truce village of Panmunjom, followed by the dismantlement of the Punggye-ri nuclear test site and the revival of the North Korea-U.S. summit, the world is focused on whether the denuclearization of North Korea is truly possible - and how.

The Jeju Forum for Peace and Prosperity, which was launched in 2001 to mark the one-year anniversary of the historic June 15, 2000, inter-Korean summit, comes at a particularly good time in its 13th round this year. The 2018 Jeju Forum’s theme is “Reengineering Peace For Asia,” with the objective of exploring new approaches to peace through innovative methods.

Registration is open until June 15 at jejuforum.or.kr.