Does whatever a spider can

Does whatever a spider can 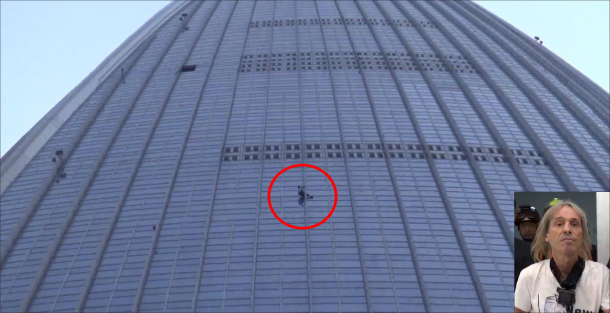 Famed climber Alain Robert, 56, known as the French Spiderman, scales the Lotte World Tower bare-handed without permission on Wednesday. Robert made it over halfway up the 123-story building, Korea's tallest tower, in southern Seoul before he was stopped by security and arrested. [YONHAP]