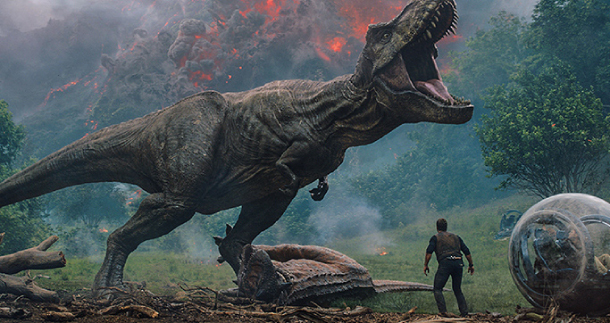 Set three years after the demise of theme park and luxury resort Jurassic World, dinosaur trainer Owen Grady (Chris Pratt), and former Jurassic World Operations manager Claire Dearing (Bryce Dallas Howard) work together to save the dinosaurs from extinction. While dinosaurs are free to roam around the deserted island without any human intervention, a dormant volcano that is about to erupt threatens their existence.

Owen is determined to find Blue, his lead raptor who is currently missing. Meanwhile, Dearing, an activist for dinosaur rights, partners up with Benjamin Lockwood (James Cromwell), a former partner of the CEO of Jurassic Park, to rescue the dinosaurs and bring them to Lockwood’s sanctuary in America.

But, Grady and Dearing discover that the plan to bring the dinosaurs to Lockwood’s estate is all just a scheme to eventually auction them away. What makes matters even worse is that the Indoraptor, an incredibly dangerous and intelligent hybrid dinosaur, escapes the estate and begins a reign of terror.

Directed by J. A. Bayona, this film is a sequel to the 2015 science fiction film “Jurassic World” and is the fifth installment of the Jurassic Park series.

Renee Bennett (Amy Schumer) feels insecure about her face and body. Her low self-esteem prevents her from making advances in her career and she can’t bring herself to applying for a receptionist position at cosmetics giant Lily LeClaire. She tries everything to change her physical appearance, from exercise to making a wish at a fountain, but nothing happens.

However, things change when Bennett falls off of her SoulCycle bike. After blacking out, she wakes up completely transformed. But, the physical transformation is only apparent to herself. Bennett firmly believes that she is truly gorgeous and instantly has more confidence.

Newly empowered and living fearlessly, Bennett walks out the gym with a new perspective and feels like she can finally chase after her dreams.

Written and directed by Abby Kohn and Marc Silverstein, this comedy sends the message that beauty is only skin-deep. 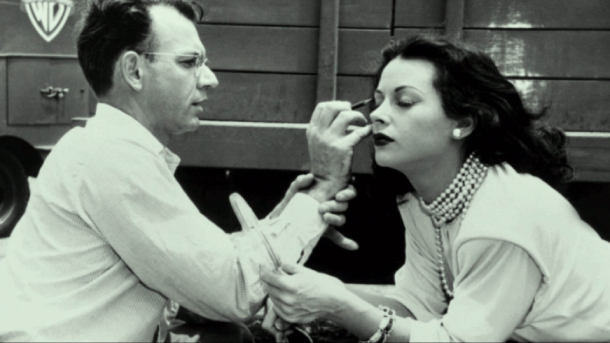 “Any girl can be glamorous. All you have to do is stand still and look stupid.”

Inspired by the true story of Hollywood actor Hedy Lamarr, this documentary revolves on Lamarr and her accomplishments in both the entertainment and technology industries. An Austrian immigrant, Lamarr is not only known for being one of Hollywood’s top actors in the 1940s but also as an innovative inventor who made several significant scientific contributions.

Her most well-known work is the invention of frequency hopping, which is a wireless form of technology that transmits radio signals. This was a groundbreaking discovery, as this technology directly influenced the creation of technological devices such as wireless phones, Bluetooth and WiFi.

Acclaimed for being a beautiful Hollywood starlet, unfortunately, her groundbreaking scientific accomplishment has not received the recognition they deserve.

Directed by Lee Hae-young, whose previous works include “The Silenced” (2014) and “Like a Virgin” (2016), this action film centers around a police detective Won-ho (Cho Jin-woong) and his efforts to fight against an international drug cartel.

As a tenacious investigator, Won-ho will stop at nothing to take down the drug ring and goes undercover to ultimately arrest his target. Before taking down Lee, the team conducts an operation targeting Jin Ha-rim (Kim Joo-hyuck), a drug ring boss from China.

Based on internationally acclaimed director Johnnie To’s 2012 crime thriller “Drug War,” this is the first time that Lee is at the helm of an action film.

This film is the final work from actor Kim Joo-hyuck, who died in a car crash last October. 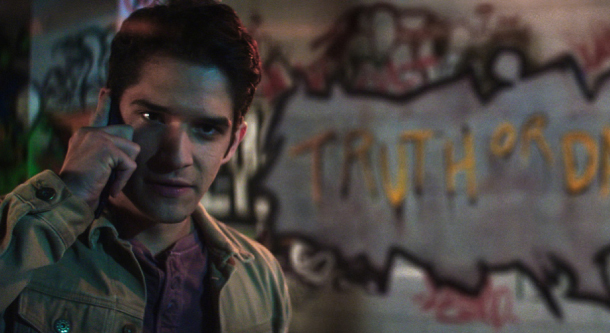 As one last getaway before college graduation, Olivia Barron (Lucy Hale), Markie Cameron (Violett Beane), Lucas Moreno (Tyler Posey) and their lively group of friends travel to Mexico for spring break. While there, Olivia is approached by a stranger, Carter (Landon Liboiron), who convinces her to play a seemingly harmless game of truth or dare. Joined by her group of friends, they play the game and soon realize that the game is cursed.

Even after returning home, the game continues to follow the players, haunting them. The rules are fairly simple, as the only option to survive is to play the game by telling the truth or by accomplishing the dare.

Otherwise, those who fail to abide by the rules are brutally punished by a trickster demon.

Directed by Jeff Wadlow, this supernatural horror film was made by Blumhouse Productions, the same film studio that produced hits such as 2017’s “Get Out” and 2009’s “Paranormal Activity.” 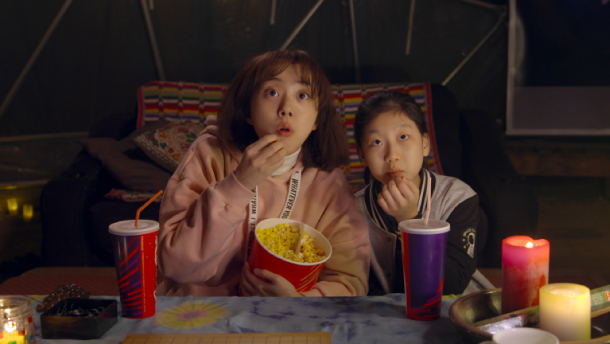 Since childhood, Lee Ba-duk (Park Se-wan), has been known as a baduk, also known as Go, prodigy, and she once dreamed of becoming a champion. However, due to the overwhelming pressure to always live up to her talent, she hasn’t played the game for a while.

While working part time at a baduk club, she happens to see a poster for a local omok (variation of baduk) tournament and decides to participate to have a chance to take home the prize money.

At the tournament, Lee loses to a senior citizen and realizes that omok is as difficult as baduk. She soon becomes fascinated in the world of omok, as the rules are different from those of baduk. After encountering Kim Ahn-kyoung (An Woo-yeon), a seemingly sloppy man who turns out to be an omok genius, Lee’s fighting spirit returns. After receiving intensive training by Ssang-sam (Kim Jung-young), she competes in a national championship and encounters Kim as an opponent.

Directed by Baek Seung-hwa, well-known for his 2016 film “Queen of Walking,” the film was originally a web drama produced on Oksusu, a media platform operated by SK Broadband.