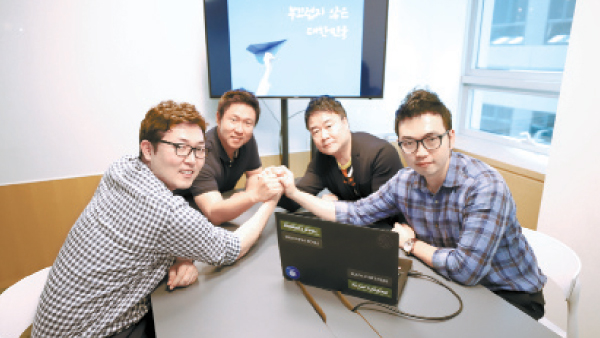 “We Want to Be Proud of Korea.” It’s the name that a group of 30 high-minded entrepreneurs, doctors and celebrities adopted last month. Their lofty goal is to make Korea a more respectable country by using their economic influence to effect change.

The idea for the group came during a dinner among friends. While Park Yong-hu, CEO of the IT consulting firm PYH, was eating with acquaintances, the conversation naturally turned to issues of the day and the story of a young conscripted soldier who was injured while serving.

The Korean government said it would take “full responsibility” for the incident, but Lee revealed last month that he had delayed being discharged from the military for six months because he wasn’t able to cover the heavy medical bills. The government covers such fees for enlisted people.

As the drinks flowed during dinner, one of the guests said, “Korea becomes a shameful country if it doesn’t take good care for Lee.” So they decided to help Lee themselves and started the group to support him and others.

Park took the lead. He donated 10 million won to a local fund created by the Korean Army and managed by the Community Chest of Korea, a local nonprofit. The fund mainly supports soldiers who have made sacrifices for the country or their children. Soldiers themselves are major donors, though others can also contribute. The fund allows donors to designate a soldier that they would like to support. In Park’s case, he wanted to help Lee.

Yoon Jung-eun, CEO of design company CO&DE, designed the logo for the group — a Korean flag with the name, “We Want to Be Proud of Korea,” in the foreground.

Lee Jung-hyub, a team leader at the start-up consulting group Team Turbine, said he could relate to Lee Chan-ho’s story. “I served the Korean Army, and I was lucky to have come back to society with healthy body,” he said. “Lee’s incident didn’t seem like someone else’s story.”

Members of Team Turbine took charge in crafting action plans for the new group. “We Want to Be Proud of Korea” is still a small gathering of close acquaintances wanting to do some good for the country. But it recently made a Facebook page to spread the word and better help victims like Lee. The group believes its work could be a good means for people who want to help someone in need but don’t know how to. Its first task is to create a relay to continue donations for Lee.

“Helping Lee is just the beginning,” Park of PYH said. “Our goal is to give practical support for people who sacrificed themselves for the country but are not well compensated by the country, whether they are soldiers, police officers or firefighters.”