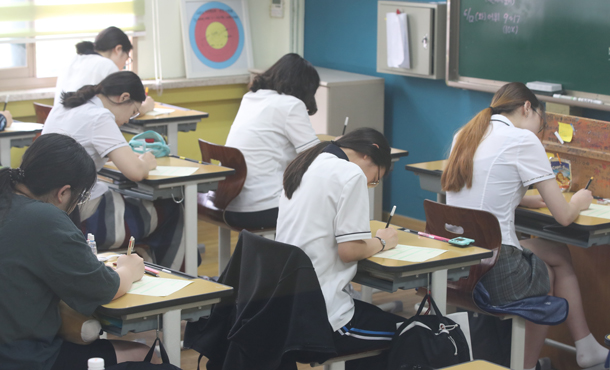 An article in the July 2007 issue of Science, a leading American science journal, noted that science education in Korea puts an emphasis on remedial classes and separate tracks.

An engineering student at a prestigious university asked a professor, “What is that curly symbol?” He was talking about the integral symbol. This is the unbelievable but true scene unfolding in Korean university classrooms. The story focused on the declining fundamental academic understanding of freshmen in engineering and science departments. Universities have to offer remedial classes and separate tracks in mathematics and science for students who struggle to keep up.

This is the result of the seventh national curriculum, which allows students to choose from different tests for the College Scholastic Ability Test (CSAT). The first generation of the new curriculum — the class of 2005 — could choose from two math tracks, and only those who chose Type 1 learned calculus, probability and statistics and discrete math.

But problems cropped up when those who took Type 2 math got into engineering and science departments. They ended up asking, “What is calculus?”

For those who cannot keep up with lectures, universities offer remedial classes, including different tracks, individualized online lectures and study groups. Seoul National University is not much different. It offers a pre-enrollment program or tutoring from students in higher grades. The university requires all freshmen take the two-credit class “Intro to Calculus.” The university assigns the class to “the most patient professors,” as students have to learn what they missed in high school.

SNU had a curriculum meeting recently and decided to have engineering freshmen take “Intro to Physics” as a requirement instead of Physics, starting with the next school year. Nearly half of the students did not take Physics II in high school, and they will need to catch up on their high school-level physics. This was a prescription to prevent students from giving up on engineering majors.