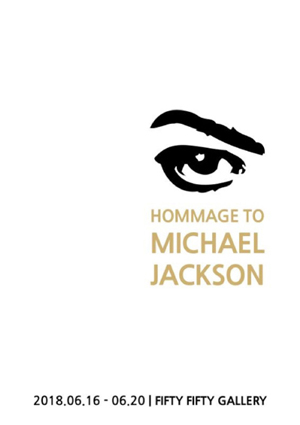 A ninth annual tribute to legendary singer Michael Jackson will be held at the Fifty Fifty Gallery in Sinsa-dong, southern Seoul, from June 16 to 20.

Every year since the singer’s death in June 2009, a community of artists who admire his work have been holding a tribute called “Hommage to Michael Jackson.”

The exhibition features various types of art in honor of Jackson, such as photos, videos, dance performances, graffiti and multimedia. At the opening event, there will be a DJ playing a remix of Jackson’s songs, and an auction where artworks inspired by the singer will be sold.

The exhibition is free of charge and all profits from the auction will go to Compassion Korea, an international aid organization for children.

There will also be an event organized by the Michael Jackson fan club in Korea entitled “Remembering Michael 2018 - Love Never Felt So Good.” It will be held at the Insa Art Hall in Insa-dong, central Seoul, on June 24.