Hong Seok-kyeong
*The author is a professor of communication at Seoul National University. 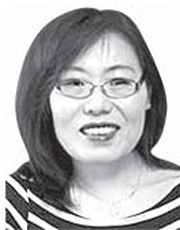 In the last two years, BTS, also known as Bangtan Boys, has accomplished notable success on the Billboard chart, music awards and broadcasting in the United States. Thanks to their massive popularity, tickets to their world tour, beginning in Seoul in late August, sold out instantly. Many parents in Europe and the United States have become fans themselves after they purchased tickets for their children. The Korean and international media and the public are increasingly interested in the seven-member boy band that young people around the world rave over.

BTS has already played a very positive role for our society by identifying challenges in communication between generations and encouraging the older generation to make efforts to overcome these differences. The media needs to cover BTS, but lacks expertise in K-pop, and parents also struggle to understand their children’s love for the band. As understanding BTS has become a yardstick for understanding children these days and the sentiment of the young generation, many parents listen to the past albums of BTS.

To understand the BTS phenomenon, one must understand the cultural influence of globalization and the digital media environment. BTS has worked in various international music styles and collaborated with Korean and foreign musicians. Their collaborative works illustrate the present state of global pop music production. They debuted from a relatively small agency and rose to the top. Their story represents the unstable identity of the young generation in the neoliberalist global economy of going through fierce competition and maintaining unstable employment status. Their reality is sometimes described through stories they tell in the lyrics, but mostly, BTS offers symbolic and poetic expressions for the young generation and the idols who have to work on their emotions and must hide their individuality behind a mask.

Everything has been communicated to fans around the world through YouTube, Twitter and Naver’s V Live without any intermediary and beyond the power of broadcasters. As a result, the BTS phenomenon spread among a few experts and fans before traditional entertainment insiders realized. The Army — the BTS fan club — has established its own identity with a strong attachment to the beautiful and friendly Asian boys who engage in two-way, eye-to-eye communication with fans — unlike conventional stars, who remain distant and dazzling and offer only one-way communication.

Two days after their latest album release, at the U.S. premiere of their title track, the audience went into fan chants. In an interview with CNN after the Billboard Awards, an American explained the music of BTS to viewers in the United States by citing the lyrics on their Korean album. American pop culture had previously been so conservative that the first foreign movie released without voice dubbing was in 2000. In 2018, a boy band singing and rapping in Korean is featured on network television.

BTS’s story represents the young generation. As their name illustrates — bangtan is Korean for bulletproof — they want to fight against the prejudice and criticism of the young generation. However, when their music goes beyond borders and cultures, they may be faced with unexpected arguments, prejudice and bias. As BTS has only made official debuts in a few countries, including the United States and Japan, tension could rise between the Army that aggressively appeals to the media and the media industry in some countries. In Turkey, the opposition and ruling conservative party made a political issue of Korea and BTS, and in Mexico, some entertainment industry insiders made racial remarks on BTS and clashed with local members of Army.

It will also have to confront the gender and racial filter hidden in white people. Pretty Asian men with makeup are presenting dynamic and sexy choreography. As the group with these contradictory adjectives shakes up conventional gender and racial constructs, BTS will have to tackle the prejudice against K-pop idols.

Producer Bang Si-hyuk, CEO of the BTS’s agency Big Hit Entertainment, said he hopes BTS has a good influence on society. Members of BTS understand their duty to exert a good influence in Korea and abroad. I cheer for BTS and hope the young musicians are not too pressured by this responsibility.