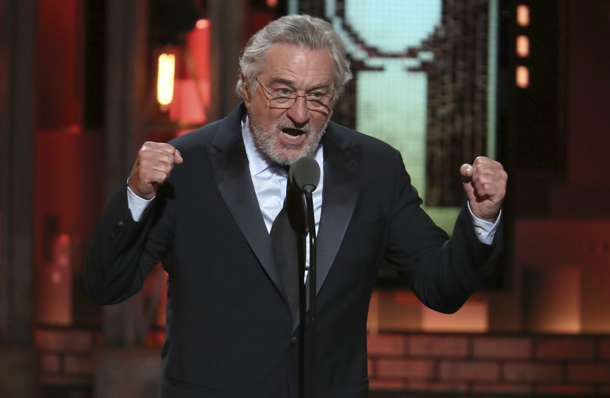 TORONTO - Robert De Niro is apologizing to Canadians for the “idiotic behavior of my president’’ a day after the actor launched an expletive at Donald Trump at the Tony awards.

De Niro said Monday Trump’s remarks about Canada are a “disgrace’’ and apologized to Prime Minister Justin Trudeau and others who attended the Group of Seven summit of leaders in Canada. Trump called Trudeau “dishonest’’ and “weak’’ following the summit on Saturday. Trump advisers also ripped Trudeau, branding him a back-stabber.

De Niro made his comments at a groundbreaking for a Nobu hotel in Toronto.

At the Tony awards, De Niro launched an expletive at Trump and pumped his arms for emphasis. Many in the audience stood and cheered, while TV censors quickly bleeped out the offending words.