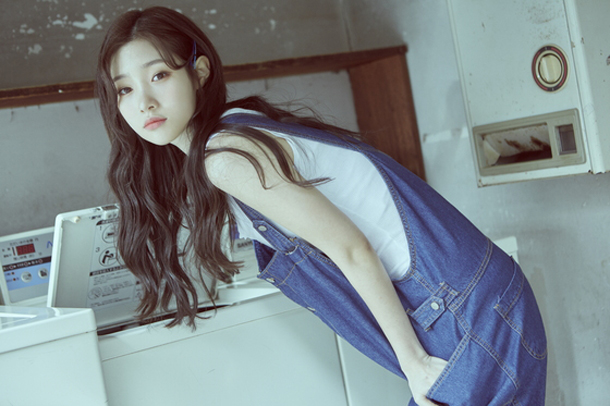 Singer Jung Chae-yeon of girl group DIA has been cast as a lead in KBS2’s upcoming drama “to. Jenny,” according to her agency MBK Entertainment on Tuesday. This is Jung’s first role on a network television drama.

The show is a music drama that combines the story of a first love with an indie music soundtrack. The drama follows a young man who falls in love for the first time and writes music about how he feels, and a young woman who chases after her dream despite a harsh situation.

“As my very first lead role, I am very excited, and I think it will be a meaningful project. When I officially got the role, I felt burdened because it is a music drama,” said Jung. She added, “I am a very lacking [actor], but I will do my best and consider this as another challenge. I will work hard to show my best self to the audience.”

Jung debuted in 2015 as part of the girl group DIA, but gained more attention when she appeared on the first season of Mnet’s audition program “Produce 101” in 2016. She was chosen to be a part of the show’s final girl group I.O.I.

She has also taken on minor roles in dramas such as tvN’s “Drinking Solo”(2016) and the web drama “109 Strange Things” (2017). After her year-long contract with I.O.I expired, Jung rejoined DIA.