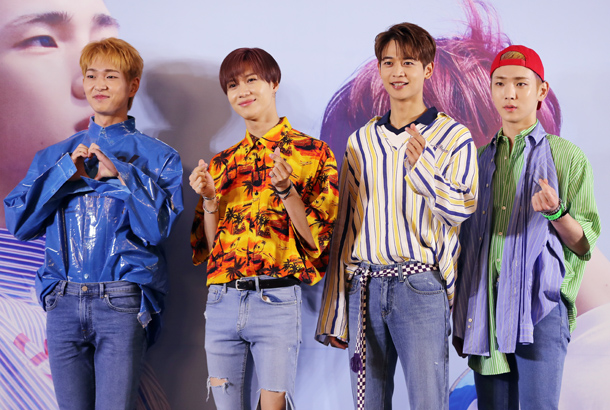 Boy band SHINee’s latest release “‘The Story of Light’ EP.2” topped not only local charts but also iTunes Album charts in 25 different countries shortly after its release on Monday.

The release is part of the group’s sixth album, which has been divided into three EPs. This project is SHINee’s first album since the death of fellow member Jonghyun in December 2017.

The first track on the album, “I Want You,” topped local music streaming platforms such as Mnet Music and Naver Music.

SHINee is expected to perform “I Want You” on local music television programs throughout the week.