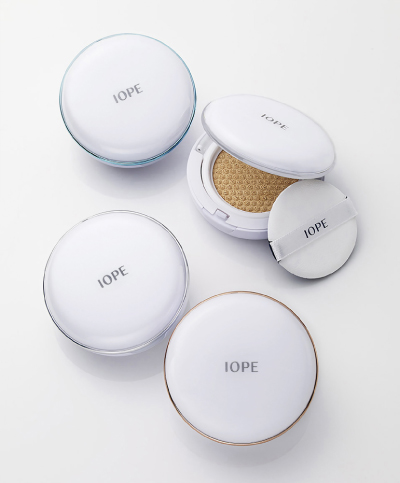 The Supreme Court dismissed Amorepacific’s patent on cushion compacts, putting an end to a three-year legal battle, according to the company on Tuesday.

Amorepacific appealed a Patent Court of Korea ruling in February that invalidated the company’s patent for cushion compacts on the grounds that the product lacked “inventiveness.” This meant that its manufacturing didn’t have innovative technology not found elsewhere in the industry.

The Supreme Court decision, which came on May 31, concludes a three-year legal struggle between the beauty giant and six domestic beauty companies, including Cosmax, an original design manufacturer for well-known local and global brands.

Cushion compacts contain liquids like color foundation or sunscreen in a case, which was first used for skin powder. A sponge inside the case holds the liquids so they don’t flow out. Cushion compacts were first released by Amorepacific’s Iope brand in 2008, and became one of the company’s biggest successes. Now, cushion compacts are released by global names like Chanel, Yves Saint Laurent and L’Oreal.

In 2011, Amorepacific registered a local patent for cushion compacts, which it described as a “cosmetic that includes urethane foam soaked with product.”

In 2015, the six smaller beauty companies filed a suit in the patent court to annul Amorepacific’s patent on the grounds that urethane foam has been used in beauty products in the past. Cosmax was also sued by Amorepacific the following year for patent infringement.

Amorepacific possesses more than 400 patents worldwide related to cushion compacts, but the one related to the usage of urethane foam as the sponge that holds the liquid is especially important. Manufacturers like Kolmar Korea and Cosmecca Korea paid loyalty fees to use the technique.

Many beauty companies have since developed their own methods and materials to use in cushion compacts, but in the products’ early days, most followed Amorepacific’s model. If the court had ruled in favor of Amorepacific, this would have given the company grounds to ask for compensation for patent infringement.

The patent court’s first ruling was in favor of Amorepacific, but the second one annulled the patent, so the beauty giant appealed to the Supreme Court but failed to receive a nod.

“The domestic patent was annulled, but the same patent is still effective abroad, so we will continue exercising our rights to protect our technology in overseas markets,” said an Amorepacific spokesman.